Alternating between action and stealth

As the developers at Eidos Montreal noted in an interview, action is now a much more viable strategy.

“With Mankind Divided, we wanted to perfect Human Revolution,” said Jean-Francois Dugas, executive game director at Eidos Montreal. “Even though it was a good game, I never thought it was perfect. We wanted to balance the experience a bit more, bring a more visceral component to the experience. When you look at Human Revolution, stealth was here and combat was there. They weren’t on the same level.”

It has augmentations like the Typhoon, which lets you wipe out a bunch of enemies surrounding you with an explosion that emanates from Jensen. That makes the action path much easier to pursue, because you can actually survive when you’re in open combat with a bunch of enemies.

But the art of playing the game is knowing when to sneak around an obstacle or when to challenge the enemies directly. My most common tactic was to take on an outlier guard first and then go after others one at a time … until I had no choice but to directly attack the remaining guards. 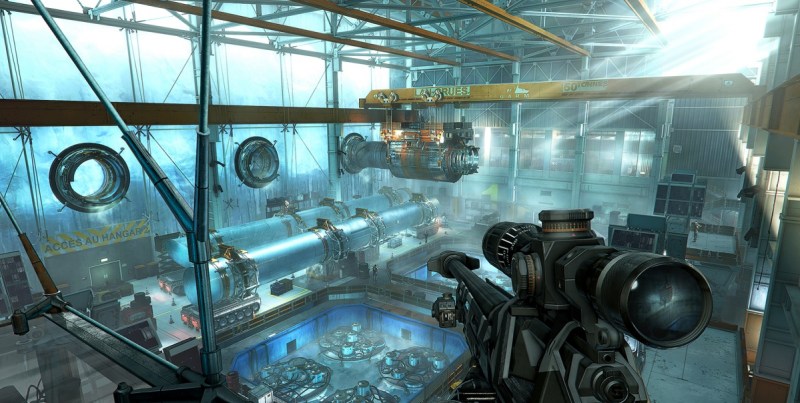 Above: Sometimes sniping is the answer in Deus Ex: Mankind Divided.

An occasional sense of humor

On a side mission, Jensen asks a character, “Do you think I just walk around shooting people?”

Jensen replies, “I like to have a reason first.”

I liked that exchange, and Mankind Divided has more moments of levity that lightened the mood.

Breach is a pleasant surprise 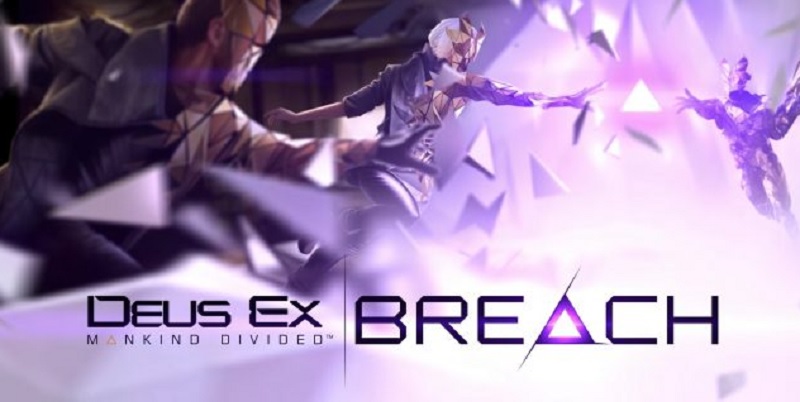 In the Deus Ex: Breach mode, you can take a break from the weighty story and fight in cyberspace. Your job is to hack your way into the Palisade Bank Corporation, which holds the secrets of the extremely wealthy. It uses both physical and digital measures to safeguard its information, and your task is to hack the system and expose the truth.

This game is a re-imagining of the hacking mini game within the campaign. In the hacking mini game, you try to take over servers one by one, with abstract graphics to guide you. But in Breach, you are inside the computer world, a hacker in a physical space, taking over servers in data center rooms. You may run into guards that you have to take out, just as Jensen does, by hitting them from behind. You can shoot them with your gun, or just sneak by them. Breach is like a metaphorical treatment of Deus Ex, where you are inside the hacking world, and it’s also quite fun to solve mind puzzles under the gun of the ticking clock.

Mankind Divided has a lot of new augmentations that Jensen can use. These range from the glass-shield cloaking, which makes you invisible for so many seconds, to the ability to sense all of the enemies around you. Each one of these effects gameplay in a big way, and the designers have to think them through carefully.

If Jensen becomes like Superman, Mankind Divided becomes too easy. But the careful balance of energy, costs, and capabilities makes it very hard to choose which augmentations are right for you. Fortunately, you can alternate between the augs that you’ve purchased without a lot of trouble. The augs help you to be creative when it comes to solving problems. They give you options. And that makes you feel like you are creating the story, rather than just following it.

The depiction of the cyberworld is imaginative

On some of the missions, you’ll find that you have to hack into a computer or walk into a cyber experience. Those places allow the artists to come up with a physical place that depicts the cyber world, and the results are quite a departure from the art style of the rest of the game. It’s a nice surprise.

Above: Action is now a viable choice in Deus Ex: Mankind Divided.

The first-person combat isn’t fully baked, as the enemies are both unpredictable and stupid. The unpredictable part makes them harder to kill, which makes the game more challenging. But they’re amazingly good shots sometimes, which means that they’re a lot harder to kill than the enemies in a Call of Duty game. The combat isn’t that fluid, and so it takes a while to get used to it. That means you have to stay hidden and fire back when you’ve got a good target, even if that target is behaving really stupidly by failing to find cover.

I played an early version of Deus Ex: Mankind Divided, and I’ve gone back over the finished product a little. I had a hard time slogging through parts where some basic things just weren’t operational. The framerate slowed down on both the Xbox One and my Windows PC.

When you drag a body into a corner, it’s laughable how the body bounces around like a rag doll. I’m hoping that the day one patch will go a long way to fixing this. It would be so nice to play it through again without all of the annoying bugs.

I found that I had to scavenge for everything. Even when I was inside my own headquarters for Task Force 29. I couldn’t even go to the armory and get new special munitions and supplies, such as Biocells. You have to hope you’ll accidentally find supplies within the building or at the merchants. That makes it hard to stock up from mission to mission.