Navigational and user-interface aids are weak 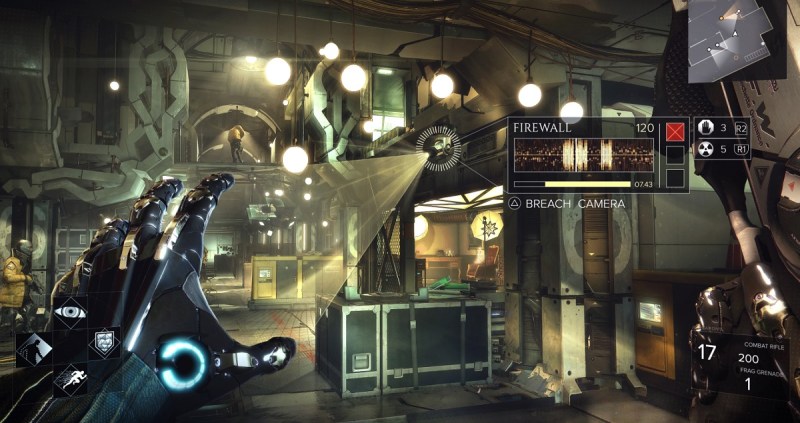 Mankind Divided has no way to spell out waypoint paths for you, so you have to constantly check the map to see whether you are on target to your destination, especially when you are making turns on the crooked streets of Prague. An objective marker that tells you where to go in general, but it often doesn’t tell you what floor you need to be on in order to reach it. In a seven-story building, this is particularly annoying. I spent hours getting lost when a simple suggestion about where to go next would have really helped.

Not only did I need better navigational aids, I also could have used a better user interface. The player would benefit enormously from seeing a full description of the various augmentations. It’s quite easy to use them accidentally, or at the wrong time, and that’s a big problem for some of the augs that are very expensive to use a single time.

Throughout the game, there are these faulty user interface problems. Like going to the train station. It took me a while to figure out that you can follow an objective marker on the various train destinations, without getting lost in the transit system. On the side missions, I spent a lot of time looking for yellow objective markers in the landscape, when I should have been looking for blue markers. It just wasn’t that obvious, when it should have been, where I was supposed to go.

I encountered a police barricade that was giving me a lot of trouble. So I found a sewer opening that could serve as a path around that. I followed it, but ran into a puzzling barrier involving an electrical malfunction. I couldn’t get past it, so I had to figure out another way around. That was very frustrating, and it seemed like the simple task — coming early in the game — had become too hard. I was ready to quit right then.

The ending is a letdown

When I got to the actual ending, I was disappointed. It seemed like the end of a chapter, with a cliffhanger about what would happen with the real important enemies. While the ending of Human Revolution was about preventing a global catastrophe between the augs and the natural humans, this ending carries less weight. It almost feels like a chess game between pawns has ended, while the kings and the queens are hiding in the shadows. 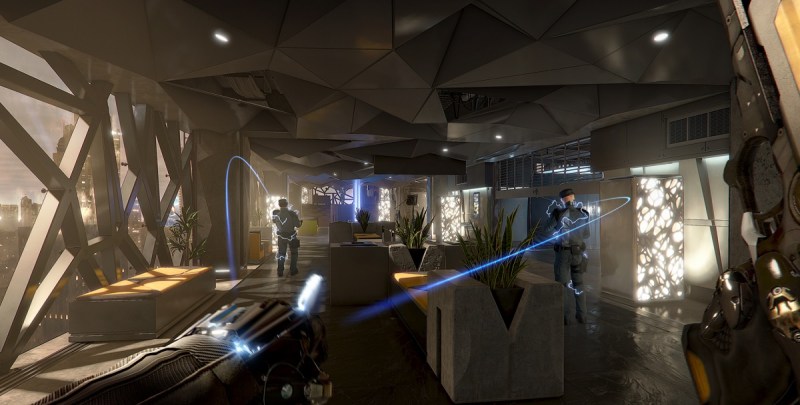 Above: Deus Ex: Mankind Divided presents you with a lot of obstacles in your path. But your augs can often solve them.

The Deus Ex series has a great storyline, and it paints a compelling, serious vision of the future that we should all consider to be a warning, given our own divisive political climate. I love how a video game can bring up a serious subject and hold up a mirror to our own times.

But the ending makes it feel like this story just isn’t finished, that it’s simply a midway marker to a larger, more weighty tale with a full and satisfying ending. Deus Ex: Mankind Divided takes us only part way there, and we still want to get to those enemies in the shadows.

Add to that some numerous bugs and complications that could scare off novice players and you’ll find that this game can be as frustrating as it is promising and ambitious. I think players will enjoy the game and they should play it all the way through to the end. But I also think Eidos Montreal can do better.

The best Deus Ex game is still ahead of us.

Deus Ex: Mankind Divided is out now for the Xbox One, the Windows PC, and the PlayStation 4. GamesBeat received a copy of the Xbox One and PC version of the game from the publisher for the purposes of this review.