PlayStation 3 games are coming to PC.

Sony Interactive Entertainment announced today that it is bringing its PlayStation Now game-streaming program to Windows PCs. This service broadcasts PlayStation 3 games over the internet similar to the way Netflix beams movies to devices like Roku. PS Now costs $20 per month or $45 for three months, and it includes PS3 classics like Uncharted 3, The Last of Us, and God of War III. To enable full compatibility with PS Now on PC, Sony is also releasing a DualShock 4 USB wireless adapter that enables anyone to play games on their PC using the DS4 even if they don’t have Bluetooth connectivity. The adapter launches in early September for $25. 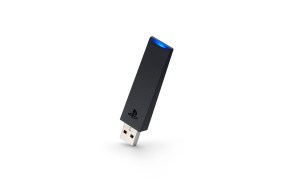 Above: The DS4 Wireless USB Adapter.

“This will bring a wide selection of PlayStation exclusive titles to Windows PC for the very first time, including entries in the Uncharted, God of War, and Ratchet & Clank franchises, as well as beloved PS3 games like The Last of Us and Journey,” PSN senior vice president Eric Lempel wrote in a blog post. “Current subscribers have a new way to access PS Now’s library of over 400 games, and the PC app provides a new way for even more gamers to discover and play the service.”

PS Now was already compatible with PS4, PS3, Vita, and PSTV. Sony and Samsung even have it built into some of their televisions and Blu-Ray players.

For Sony, this is a way to generate revenue from a large back catalog of games that it would either remain dormant or would require investment to update for release on PS4. By building them into a streaming service, the company can quickly deploy older games to multiple devices.

This is in comparison to Microsoft, which doesn’t have a streaming service of its own. Instead, the company has worked to build backward compatibility into the Xbox One. This enables gamers to play Xbox 360 releases that they already own physically or digitally on the newer hardware.

As for the adapter, Sony is saying it will work with PS Now and the Remote Play feature that streams content from your PS4 to a PC or Mac.

“This adaptor will let you connect a DualShock 4 to PC and Mac wirelessly, and will enable every feature of the controller you know and love: buttons, analog sticks, touch pad, light bar, motion sensors, vibration, and stereo headset jack – as long as the gaming application supports these features,” wrote Lempel.

This suggests that developers should have the option to support DS4 on PC for their games, but we’ve asked Sony for clarification.