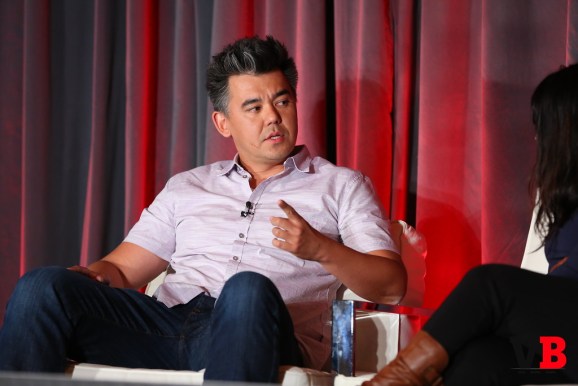 Based in San Francisco, Shepppard will focus on creating games that reflect a broader view of gaming entertainment. Ryotaro Shima has been appointed chief operations officer, and Naoki Aoyagi, the former CEO of Gree International, will serve as advisor.

Gree International Entertainment replaces Gree International (the former overseas division of Gree), and it will continue to manage games such as Modern War and Knights & Dragons. Sheppard’s division will focus on building brand new intellectual property experiences that will be announced later this year.

“We are on the cusp of a major transformation, and there’s no better candidate to lead Gree International Entertainment than Andrew Sheppard,” said Yoshikazu Tanaka, founder and CEO of Gree, in a statement. “Sheppard is a battle-tested leader with the right vision, deep mobile experience and a commitment to excellence that’s needed to get the job done. These qualities are just what GIE needs as we shift our focus to become a dominant force in the interactive entertainment landscape.”

In total, Sheppard has helped generate $2 billion in free-to-play revenue across 60 PC, web, and mobile games.

“It’s an honor and a privilege to be appointed CEO at such an exciting time, when the company is transforming from a mobile games company to a major player in the larger interactive entertainment landscape,” said Sheppard in a statement. “I couldn’t be more confident in the unique and innovative roadmap that we’ve created to help take us to the next level, and look forward to leading our teams to many great successes along the way.”

Previously, Shima served as the CEO of Gree UK in London and senior vice president of corporate operations at Gree headquarters in Tokyo, with responsibility for finance, accounting, legal, investor relations, and corporate planning.