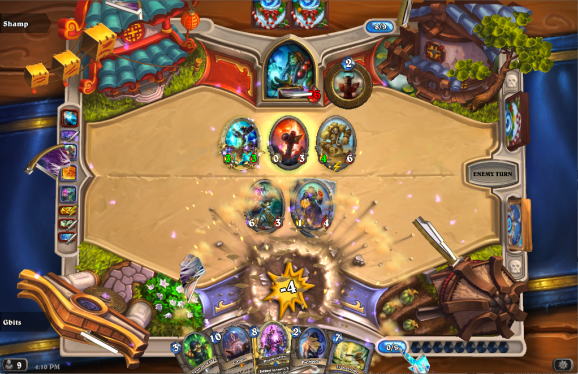 Ouch. This game ended poorly for my mage. I learned a few things about how to play a shaman from my opponent, however.

Now all of your Facebook friends can share in your Overwatch frustrations as Ana wastes another ultimate on Lucio.

Livetreaming games is popular thanks to sites like Twitch. Facebook has tried to get into the game itself, and having such an easy method to stream popular games like Overwatch and Hearthstone could give the platform a boost. Blizzard is one of the biggest names in PC gaming, so this deal adds legitimacy to Facebook’s streaming efforts.