Back in May, Hewlett-Packard announced it would bring its gaming computers under a single brand, HP Omen, in recognition of its heritage from the acquisition of Voodoo PC, which sold the original Omen computers. The prominent hardware maker united the Envy, Omen, and Pavilion PCs under a single line and started rolling out more products aimed at gamers.

Now, HP is showing off more of those new products. I had a chance to see them up close, including the weird prototype for a laptop backpack that makes it much easier to play virtual reality titles without tangling wires.

“We’re serious about gaming,” said John Ludwig, Omen gaming product manager at HP, in an interview with GamesBeat. “We’ve got some awesome products, and there are more coming.”

The most interesting concept isn’t a product yet. It’s a laptop-like computer that comes with a backpack and some extra cables that connect to battery packs in the backpack’s pockets. This setup allows you to wear a virtual reality headset like the HTC Vive or the Oculus Rift and then operate it with no wires leading back to a desktop. You can think of it as a wearable computer but one that will tire you out if you wear it too long. 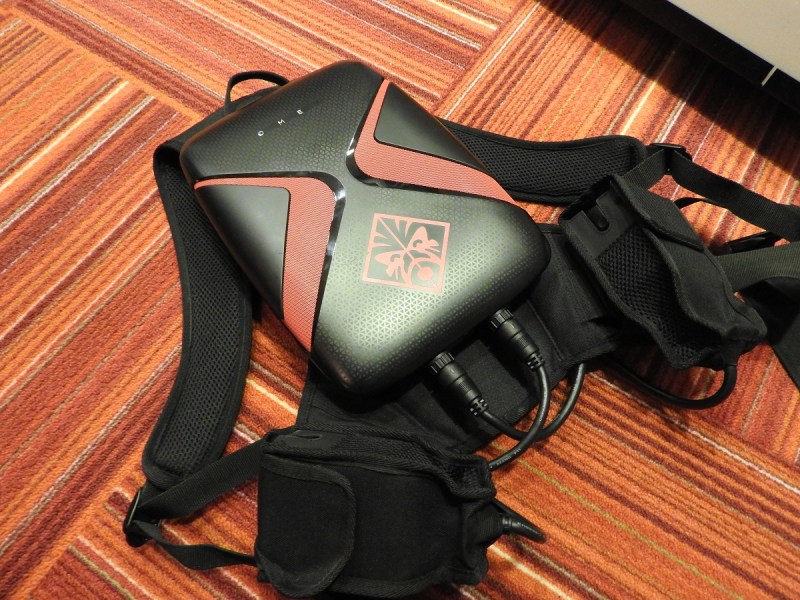 Above: The HP Omen backpack computer has two big cables that connect to batteries.

The laptop powers the VR experience. It has a hot-swappable internal battery and a couple of spare battery packs. It uses notebook computer parts, but it has no screen or keyboard. (You can plug those things in if you wish to use it in a wired configuration.) You’ll be free to roam around your living room — and bump into your furniture.

“We’ve had an amazing response for this concept,” Ludwig said. “It’s a dual-use computer.” 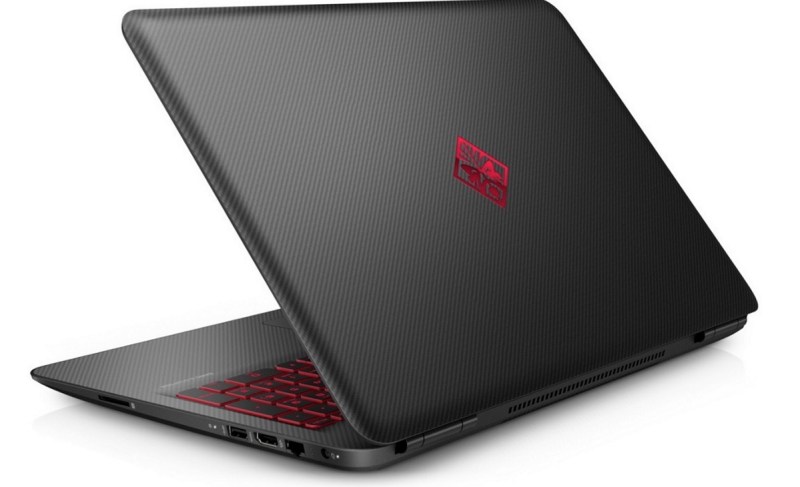 Above: The HP Omen 17-inch laptop.

Among the new products are the HP Omen laptops, including 17-inch and 15-inch models. Those laptops are getting outfitted with Nvidia GeForce GTX 1070 graphics, based on the new Pascal architecture. To deal with the greater heat from the new Nvidia graphics chip, HP added two more heat pipes (for a total of four), a second fan, and one more fan outlet (for a total of three). HP used a prismatic battery, instead of a cylindrical one.

You get double the performance that you got in May for the same price, Ludwig said. The displays have G-sync for smoother graphics, and they can run 4K content, depending on the option you choose. The battery life is about 7.5 hours according to MobileMark benchmarks. The 17-inch sells for $1,600 and up. The laptop also has quad speakers.

“The big advantage is that you can do VR on these notebooks,” Ludwig said. “You can now use more reasonable form factors to do VR.”

The keyboard can light up through LED lights, with bright red being the default color. But you can turn that off if it’s not your style.

“Gaming has grown up,” Ludwig said. “A lot more people consider themselves gamers now. If you take a machine to the coffee shop, you don’t want to be embarrassed by it.”

HP also has the new HP Omen X desktop. It is a flagship gaming desktop that is shaped like a big cube, but it rests on a stand at a 45-degree angle. It’s a high horsepower machine, with room for a couple of graphics boards operating in SLI mode.

The machine has three thermal chambers, one for the main board, another for the hard drives, and one more for the power supply. I features plenty of fans and various ways to bring air into the system and blow it out. 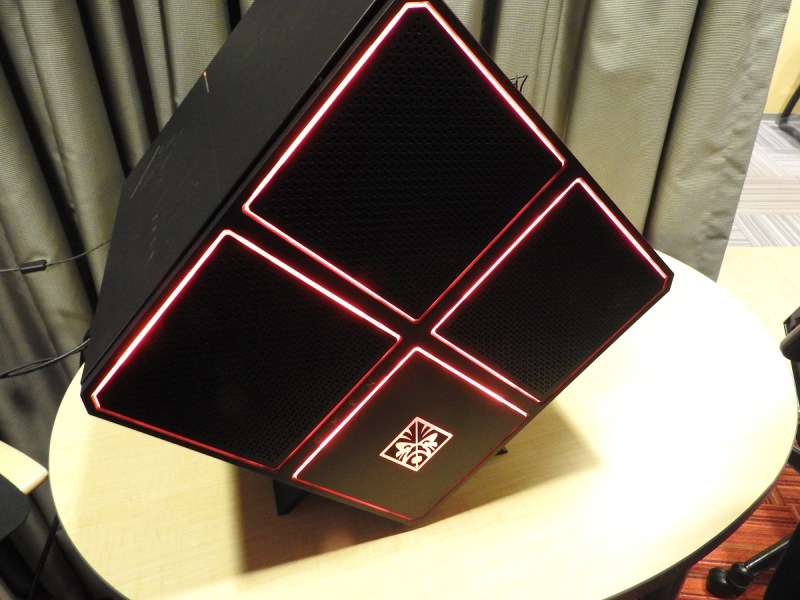 “We get better thermal results for all of the parts this way,” Ludwig said.

The hard drives are easily swapped out.

The machine has a chamber for managing cables as well as a panel that you can take off to access a screwdriver and extra screws. The Omen X sells for $1,800 and up on HP.com, and it will sell at retail starting on October 16 for $2,100.

The case has colorful LED lighting that you can customize. It will work fine even if you swap out the motherboard. You can also order your own build-to-order gamer PC from Maingear and then use the HP Omen X case to house the machine. That helps HP satisfy the demand from gamers who like to “mod” their own machines. Players can purchase really high-end machines using the Maingear customization options.

HP will promote the Omen brand at events, such as TwitchCon, IFA, and PAX. The company is also offering a mouse, keyboard, and audio headset in collaboration with SteelSeries. 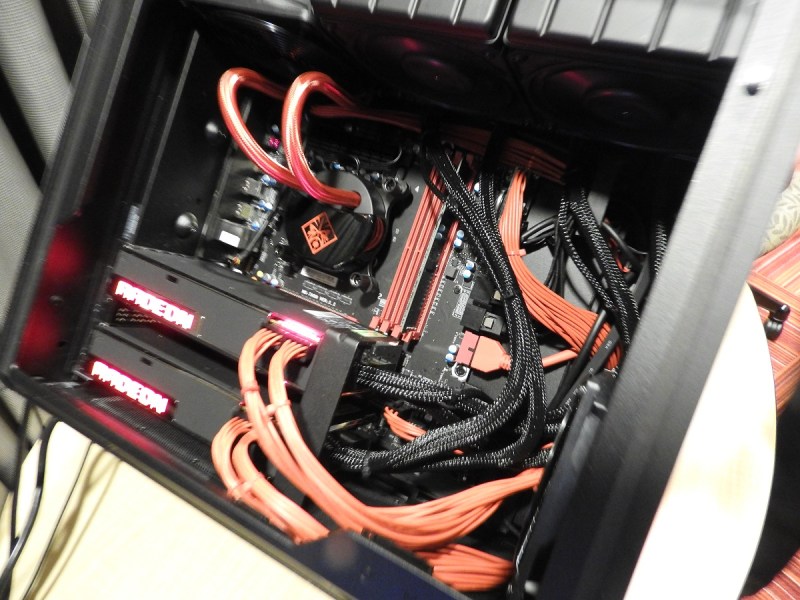 Above: Inside the HP Omen X desktop. It has plenty of room for liquid cooling.