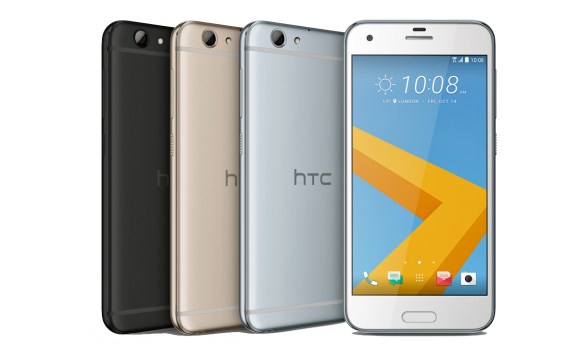 HTC is poised to launch a sequel to last year’s One A9 — a phone widely considered to be a near doppelgänger of the Apple iPhone 6 — at this year’s IFA consumer electronics trade show in Berlin, Germany, according to a person familiar with the matter.

What’s most interesting about the alleged followup device is that HTC seems to have decided to pay homage to Apple naming conventions as well, dubbing the nearly-aesthetically-unchanged model the One A9s — the same nomenclature applied to so-called “tock” year iPhones.

An image of the metal handset provided to VentureBeat shows a device (in white, black, gold, and a bluish-silver) almost indistinguishable from its five-inch predecessor. While some of the hardware elements have been repositioned — camera lenses, flash, and sensors — the enclosure is very much identical to the One A9.

Like the company’s 2016 flagship, the HTC 10, the One A9s also eliminates HTC branding from the front of the phone.

Very little information regarding specifications was shared, save for the camera resolutions. While the main camera’s sensor remains unchanged at 13 megapixels, the front sensor allegedly transitions from four Ultrapixels to five megapixels.

HTC is said to be planning the One A9s reveal on the day before IFA kicks off, September 1.