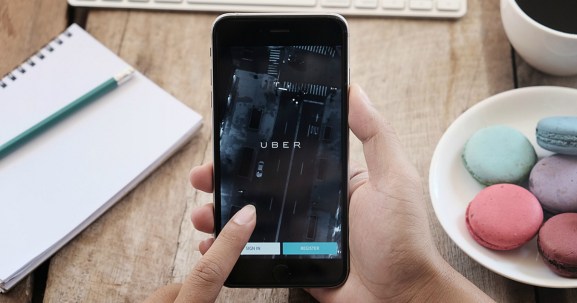 Uber has revealed that its UberPool ride-sharing service can now be paid for using pretax dollars, thanks to a tie-up with consumer benefit platform WageWorks.

Founded in 2000, WageWorks administers voluntary employee benefit programs on behalf of employers across health and travel sectors. One of these programs is WageWorks Commuter Benefits, which essentially saves commuters money by letting them use their pretax earnings to pay for eligible commuting expenses, which have so far included bus and train fares. From today, these will also include UberPool rides.

Many people already use UberPool to save money, as it lets travelers who are going in the same direction “pool” their resources to cut individual costs. Now they could potentially save even more if their employer is signed up to WageWorks.

The service, which Uber refers to as a “first-of-a-kind partnership,” is only open in New York for now, but the company says it plans to roll the program out across the U.S. in the future. “By making it easier and more affordable to carpool, we’re working toward our goal of getting more people in fewer cars,” the company explained in a blog post.

From today, Uber users can add one of three prepaid cards to their Uber account: WageWorks Commuter Prepaid MasterCard, WageWorks Visa Prepaid Commuter Card, or the TransitChek QuickPay Prepaid Visa Card. When a rider elects to pay with one of those commuter benefits cards, Uber says the individual will always be connected with a driver who has a vehicle that seats six or more people.

WageWorks counts 58,000 U.S. employers on its client base — covering 4.5 million workers — so this program could have a notable impact on employees across the U.S. when it’s rolled out more widely.

Elsewhere in Uber-land, the etaxi company announced a new program earlier today that lets riders earn points toward a free trip by shopping with the same Visa credit card they’re using in the Uber app.