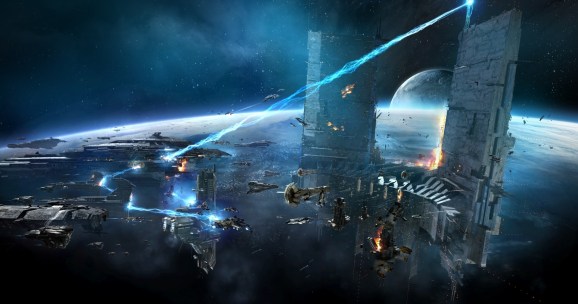 Eve Online is about to open up its complex universe.

Developer CCP Games announced today that its massively multiplayer online space game will have a free-to-play option once November’s unnamed expansion releases. Eve Online originally came out in 2003 and earned a punishing reputation for its complex economy and high difficulty. Many MMOs from that era (if they’re even still around) went free-to-play long ago, with World of Warcraft being one of the few exceptions that stuck with a subscription model (although even that market leader eventually let anyone play to level 20 for free).

Eve Online will still have a subscription service, called Omega, which will give players access to the same content they have now. Free-to-play accounts, called Alpha State, will be limited to a specific set of skills

“Part of our vision for the future of Eve has included more open access for some time, but with the interconnected nature of the game comes vulnerability,” CCP noted on its website. “We knew that if the flood gates were opened in the wrong way, we could see anything from server meltdowns to the collapse of the Eve economy. Over time, our hardware has improved, code has been untangled (mostly!) and we’ve found a design we believe in. Eve is ready for this.”

The November expansion will also include new ships, player-built structures, and unannounced features.