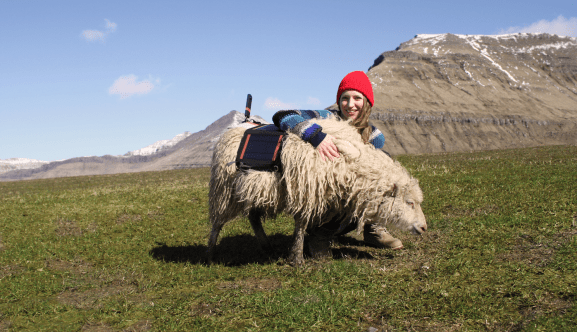 A few months back, news emerged that residents of the Faroe Islands, a small archipelago between the Norwegian Sea and the North Atlantic Ocean that’s home to almost 50,000 people, were starting to map their own roads in response to Google’s failure to arrive with its Street View mapping equipment.

With the support of a shepherd, five sheep, 360-degree cameras, and a special harness to attach the cameras to the aforementioned ovine, islanders created Sheep View 360, a sort of next-best alternative to having Street View document the island. It seems the story struck a chord with Google, because the internet giant has arrived on the scene with a Street View Trekker and a batch of 360 cameras, courtesy of its Street View camera loan program.

Google is no stranger to mapping weird and wonderful environs — it has found itself traversing the Amazon rainforest on a zipline and has also gone underwater at the Great Barrier Reef. And last week, Google sent a bunch of employees from the maps team to the Faroe Islands to train locals not only in use of the equipment but also in how to best capture the environment.

“Together with Google, we have decided to continue making our own version of Street View — instead of using their cars, Google has provided us with cameras, a Google Trekker, and lots of support,” explained Visit Faroe Islands’ Durita Dahl Andreassen, who also kickstarted the quirky Sheep View 360 project, in a blog post. “We have come to love our Sheep View so much that instead of replacing it, we have expanded the fleet of cameras.”

Indeed, residents and tourists are being invited to aid the sheep using whatever equipment they can find — selfie-sticks, bikes, kayaks, wheelbarrows, horses, and more. Meanwhile, check out this little skit on the Google Sheep View project… and how Google came to the rescue.