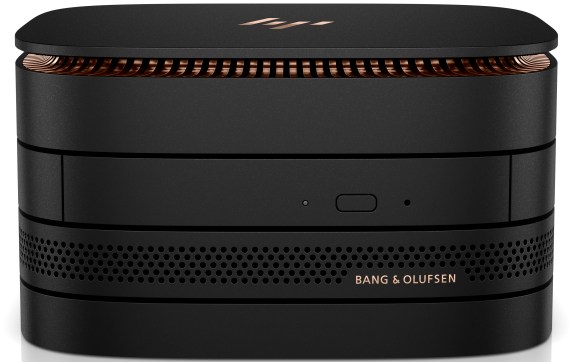 HP today is announcing new desktop PCs with unusual designs. The Elite Slice is a modular PC that will let customers choose which stackable components they want to use, while the Pavilion Wave is a tower in a triangle shape that features two microphones and noise reduction capability to enable high-quality speech recognition.

The concept of a modular PC could be compelling to people who like the idea of only using the hardware they want and of upgrading to the latest systems. It draws on the idea of selecting components when you build and maintain your own computer — but here you don’t have to worry about the more technical aspects of installation and repair. You just snap on the pieces you want and snap off the ones you don’t.

HP is offering modules for collaboration (there are touch buttons for easy control of Skype for Business), audio (tuned by Bang & Olufsen), wireless charging, and ODD (for using CDs and DVDs). The system runs up to a Sixth-Generation Intel Core i7 chip with Intel Graphics HD 530, and it offers up to 32GB of RAM and up to 512GB of solid-state storage (SSD), alongside USB-C, USB-A, DisplayPort, HDMI, and headphone ports. The machine starts at $700 and will be available beginning in September.

This follows the launch of Asus’s Project Avalon modular PC project and the revelation of Microsoft’s patent application for a modular PC.

The Pavilion Wave is interesting, too, not least for its triangular appearance. It’s optimized for speech. Sure, computers have come with mics before, but clearly, Microsoft is thinking about how to present the best possible experience with the Cortana virtual assistant embedded in Windows 10, which the PC ships with. 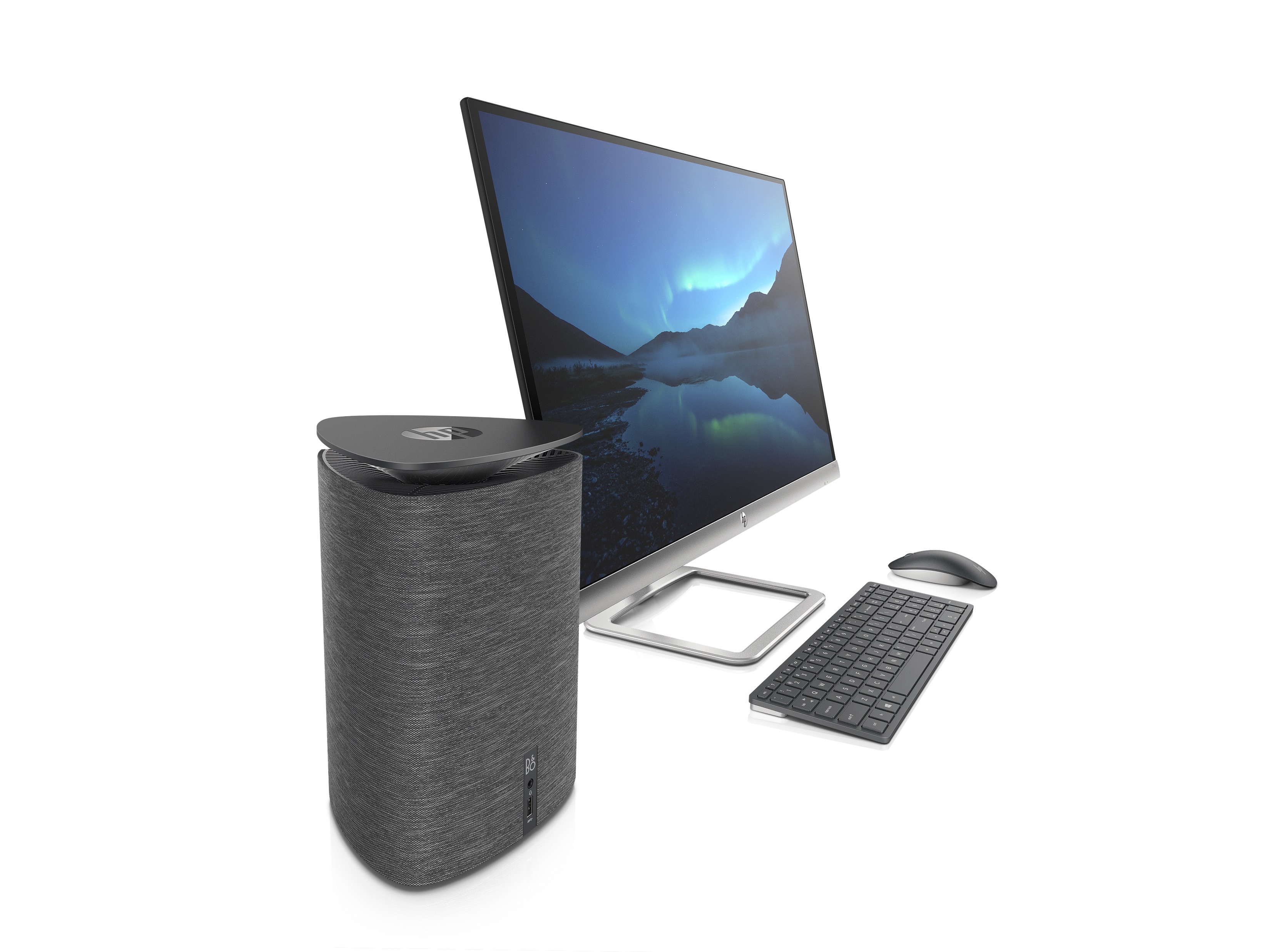 Above: The HP Pavilion Wave.

The Pavilion Wave has up to a Sixth-Generation Intel Core i7 chip with Intel HD 530 Graphics, up to 16GB of RAM, up to 2TB of hard disk space, up to 128GB SSD, USB-C and USB-A ports, HDMI, an SD card reader, and Bang & Olufsen multi-directional audio. The PC starts at $550 and will become available on September 23, according to a statement.