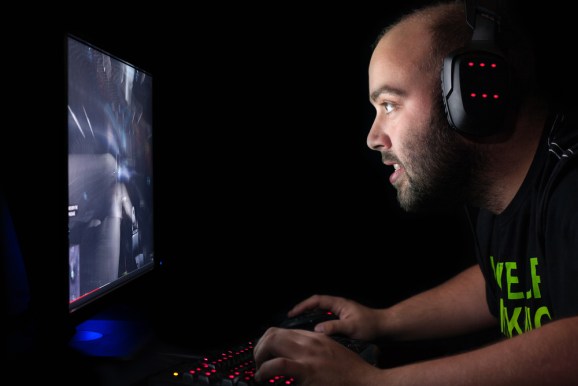 If Moby Dick taught us anything, it’s that whale hunting doesn’t equal long-term success. But that’s only if you’re thinking of whales in terms of high-paying players. Join captains of the game industry in this VB Live event as they take a deep dive into how community — and social whales — transform your game from small fry to big tuna.

Mobile gaming has launched an entirely new generation of diverse, sophisticated players who are as far from the stereotype of the hunched-over basement troll as it’s possible to get. Now that games are mainstream entertainment with massive audiences, marketers need to shake off the old whale-hunting model of monetization to find ways to welcome these new players, who are seeking more meaning and looking for connections in games.

The key today is rethinking your definition of value to encompass all player types.

“It’s just a giant mistake to say that only the hardcore players who are paying you a lot of money are the people who are adding a lot of value to your community,” says Wright Bagwell, CEO of OutPost Games. “There’s a whole ecosystem of people that add a lot of value. They’re the people who are great YouTube or Twitch stars who inspire other people to come play. They are people who play very socially, who are going to be telling their friends to come and play.”

Dean Takahashi, lead writer at GamesBeat, points out that the “social whales” — a term coined by Dmitri Williams at Ninja Metrics — are some of the most overlooked and most important users. “These are the people who are the life of the party,” explains Takahashi. “They’re not spending money directly in the game, but they may be a clan organizer or some kind of leader in the game, and they attract other people — and those other people will spend a lot of money.”

Bagwell points out that the term “spenders” is used frequently as well, and that’s just as limiting a perception of your users. “If you want people to keep coming back to your game, you have to think of people not as spenders but as investors,” he says. “People can spend money to invest in improving their skills, or helping out other players, or even paying to support players that they like. But you’ve also got people who are investing their time to either socialize or investing time to get really good at playing your game, which in turn inspires other people to want to play. That’s a form of investment too.”

And when you get people invested in your game, then you’ve got people thinking about playing that game as a pastime that they might want to do for the rest of their life, he adds, rather than just a way to spend money to pass the time.

Of course spenders are valuable to any monetization and marketing strategy, notes Alexis Fritzsche, developer partner manager of mobile apps at Google, but the problem is when it becomes a laser focus. “We all love revenue and at the end of the day, these are businesses,” Fritzche says. “However, when you have these social whales that are bringing in let’s say organic installs, and people who can go out and find whales for you, and you’re not paying to actually acquire them — if you haven’t put together a marketing strategy for them, you’re just missing out.”

The huge success of SongPop, the head-to-head music trivia game from FreshPlanet, comes from the connections that like-minded music fans are encouraged to create with features like chat, says Mathieu Nouzareth, FreshPlanet’s CEO. “You can also build many-to-many communities where people can find friends,” he adds. “And if they can find friends in the game, then they’ll stay for a very long time. With people who spend time in your game for weeks and months — this is how you monetize the game.”

One of the most essential components of building a foundation for a community is enabling a direct relationship with your players.

“You’ve got to think of your games these days as a service, and you’ve got to offer good service to your customers,” explains Bagwell, going beyond the boxed-product mentality where you finish the game, issue it onto the shelves, and move on to the next thing.

To learn more about how to create a gaming community — and the essential lessons of Pokémon Go, Clash of Kings, and Minecraft, catch up on this VB Live event now!

Access this VB Live event on demand — and join gaming experts as they deconstruct what it means to build and maintain a thriving games community and learn to: