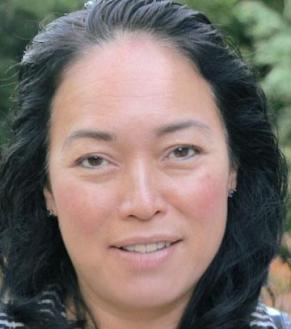 The Berlin-headquartered audio-streaming company has secured the services of Holly Lim, who has led Google’s business operations at its cloud platform and network operations arm since last November. Prior to that, she served in various roles at Google — she was CFO for the Advanced Technologies & Projects (ATAP) team, which was a division of Motorola Mobility when Google acquired the company in 2012.

Founded in 2007, SoundCloud has grown to more than 175 million monthly listeners. Though it has traditionally differed from the likes of Spotify insofar as it’s geared toward creators and allows anyone to upload their own music or podcasts, in March this year it launched a $10 monthly on-demand subscription service, after striking deals with most of the major music publishers.

SoundCloud has raised almost $200 million in VC funding, to date, but has been known to be hemorrhaging cash in recent years, leading to many reports that the company was seeking a buyer.

That SoundCloud has its first CFO on board would suggest it’s gearing up for something — more likely a sale than an IPO — but officially, the newly created role is about “setting SoundCloud’s global financial strategy and leading the finance organization,” according to a statement. Lim will help the company retain its “financial health” and evaluate market opportunities.

“SoundCloud exists in a world where the competitive context is complex — with the addition of Holly to the executive team, she will guide our financial strategy and help us establish a long-term view around how we maintain SoundCloud’s financial health and capitalize on new opportunities for growth,” explained SoundCloud cofounder and CEO Alex Ljung. “Holly has a distinguished track record in financial and business leadership, and brings not only a deep understanding of the dynamics at work in companies with high growth potential, but also a sense of what is needed to scale globally.”

Starting her new role at SoundCloud on September 6, Lim will report directly to Ljung, and she will split her time between SoundCloud’s hubs in Berlin and New York.