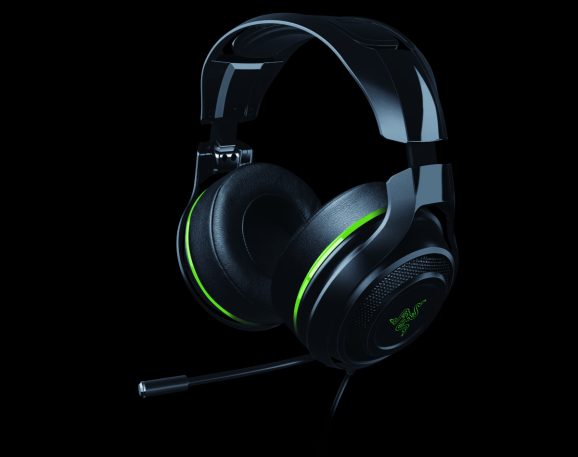 Razer's ManO'War 7.1 introduces a wired variant of its wireless headphones.

It seems like every gaming hardware company has their own audio headset. It’s probably a law or something.

Razer is no different. The company is already selling the excellent wireless ManOwar headset, and now it has added the wired ManOWar 7.1 surround-sound variant to its roster. You can preorder it now from Razer for $120, and it will ship in October. Unlike the wireless version, this variant works with any console or device with a 3.5mm analog port, but it also comes with a USB digital-to-analog converter to get the best sound for PC and Mac gamers.

The ManOwar headset features 50mm audio drivers with built-in sound isolation. The cable also has controls right on the line so you can mute and control the volume without having to fiddle with software.

In a statement, Razer chief executive Min-Liang Tan claimed this is an ideal headset for people who play games across both PC and consoles. Of course, you’ll get the most from the headset on PC where the Razer Synapse software can enable the 7.1 surround sound.

The gaming headset space is crowded, but Razer has already shown it can compete with the original ManOwar. Now, with a wired version, it should have a chance to win over even more fans.