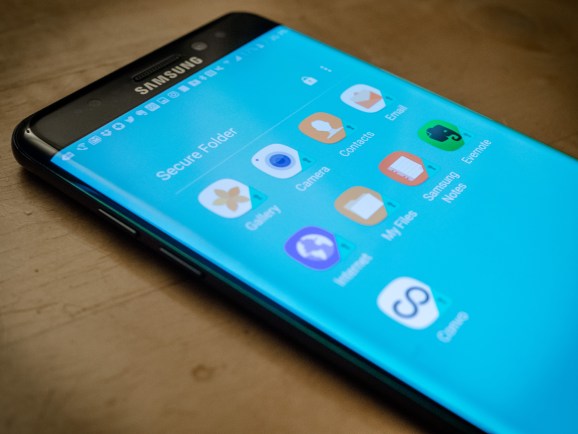 First introduced in early August, the latest addition to the Galaxy Note-branded phablet line was met with positive reviews. But earlier this week, reports began to surface that a number of buyers around the world had encountered exploding batteries that caused their device to catch fire. This knocked a cool $7 billion off Samsung’s market value, and the company subsequently delayed further shipments, pending “quality control inspections.”

The issue gained widespread attention when YouTuber Ariel Gonzalez uploaded this video of a Galaxy Note 7 on fire, with Gonzalez claiming that it happened immediately after charging of the device — he said he was using an official Samsung charger.

Rumors began to circulate that the company was considering a full recall of the device, but, as of last night, Samsung would only confirm that it was carrying out a “thorough inspection.” However, the Korean tech giant held a press conference today, at 5 p.m. local time, confirming that faulty battery cells were to blame and saying it would recall all 2.5 million devices sold so far, replacing each of them. Despite that broad recall, Samsung claimed that only 24 devices per million have so far been found to have faulty batteries.

“As of Sept. 1, a total of 35 claims were registered with Samsung’s service centers at home and abroad,” said Koh Dong-jin, head of Samsung’s handset arm. “Only 24 units on a scale of 1 million were affected by the battery problem. By putting our top priority on customer safety, we’ve decided to halt sales (of Galaxy Note 7) and offer new replacement handsets to all customers.”

Samsung followed up by publishing this official statement.

Samsung is committed to producing the highest quality products and we take every incident report from our valued customers very seriously. In response to recently reported cases of the new Galaxy Note7, we conducted a thorough investigation and found a battery cell issue.

To date (as of September 1) there have been 35 cases that have been reported globally and we are currently conducting a thorough inspection with our suppliers to identify possible affected batteries in the market. However, because our customers’ safety is an absolute priority at Samsung, we have stopped sales of the Galaxy Note7.

For customers who already have Galaxy Note7 devices, we will voluntarily replace their current device with a new one over the coming weeks.

We acknowledge the inconvenience this may cause in the market but this is to ensure that Samsung continues to deliver the highest quality products to our customers. We are working closely with our partners to ensure the replacement experience is as convenient and efficient as possible.

Besides the situation’s immediate and direct cost to Samsung, the timing could not be worse, with rival smartphone maker Apple gearing up to launch a new iPhone next week.