Today was a very big day for gaming. Play continues to move forward in all directions, from tiny devices like the Apple Watch to hefty consoles like the PlayStation 4 Pro.

What caught your eye? What’s worth your hard-earned money? That depends on what you want. It’s become a have-it-your-way business, with lots of growth ahead no matter which platform you choose. I think that each major company — Sony, Microsoft, Nintendo, and Apple — each made important strategic moves to make sure that their platforms and games continue to be appealing to gamers.

If one company did come out on top today, it’s Sony. It will have a chance to generate considerable sales during the holiday seasons because it is launching the equivalent of a new console generation, while Microsoft has a half-way measure coming this fall and a full product next year. Apple certainly has a nice product in the iPhone 7, but it has very little appeal to gamers other than better processing power. Nintendo and Microsoft are doing what they can with software launches, but they’ll have a hard time stealing attention from Sony’s bigger product launches. 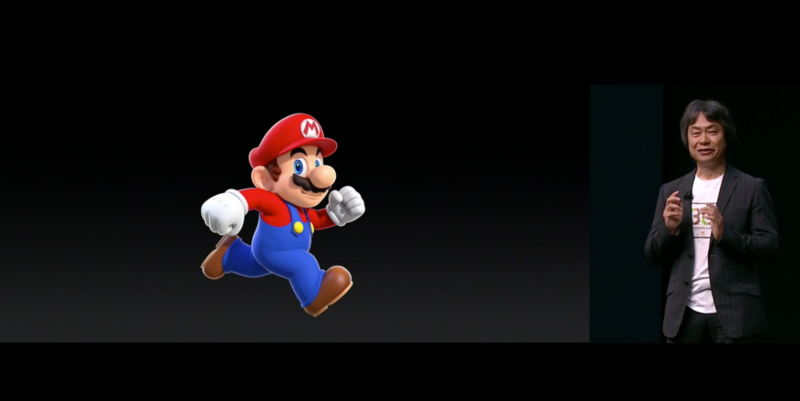 Nintendo clearly threw more of its weight into mobile games, as it announced that it would launch Super Mario Run on iOS in December, for a premium fee. Shigeru Miyamoto, the creator of Mario, said that he led the design on the product. That makes the game a very expensive big bet because Miyamoto’s time is very valuable.

Apple touted its new iPhone 7 with the A10 processor as delivering “console level” games. Apple also introduced a new Apple Watch, and Niantic Labs CEO John Hanke said that Pokémon Go — which has been downloaded 500 million times — will debut on the Apple Watch by year end. Next year, Fire Emblem and Animal Crossing games will come to mobile devices as well. And by March 2017, Nintendo will launch its NX machine. Nintendo also confirmed to GamesBeat that it plans to do an Android version of Super Mario Run in the future. Above: Pokémon Go on Apple Watch.

Sony’s PlayStation 4 Pro launches on November 10 for $400, and Sony is positioning it as the ultimate 4K console with high-dynamic range (HDR), or the ability to display dark and light visuals in the same image. HDR makes scenes more realistic, with better contrast, luminance, and shadows.

Mark Cerny, lead system architect for the PS4, said that means you’ll see long vistas like in Deus Ex: Mankind Divided, or minute details in Spider-Man’s outfit and even tiny, discernible characters in the background of a very detailed New York City.

Meanwhile, a slimmer PlayStation 4 will sell for $300. Sony didn’t talk much about its PlayStation VR headset today, but it will debut on October 13 with lots of games that were on display in New York today. Still, it seems like Sony was under-selling its VR today. Both Sony and Microsoft are advocating 4K TVs and games for consumers, but their execution and timing is different. Sony said it will support the 40 million older consoles from 2013 onward by offering users HDR features via a software update. Microsoft is not doing that.

Microsoft is going to wait a full year before it introduces its next-generation console. In holiday 2017, Microsoft’s Project Scorpio will hit. Microsoft says it will be capable of running 6 teraflops of computing power, compared to 4 teraflops for the PS4 Pro. Albert Pinello, a senior director in the Xbox business at Microsoft, said in an interview with GamesBeat that Microsoft believes that timing works better for a bigger leap forward in game performance.

“We will be significantly more powerful than they are on the top end,” Pinello said. 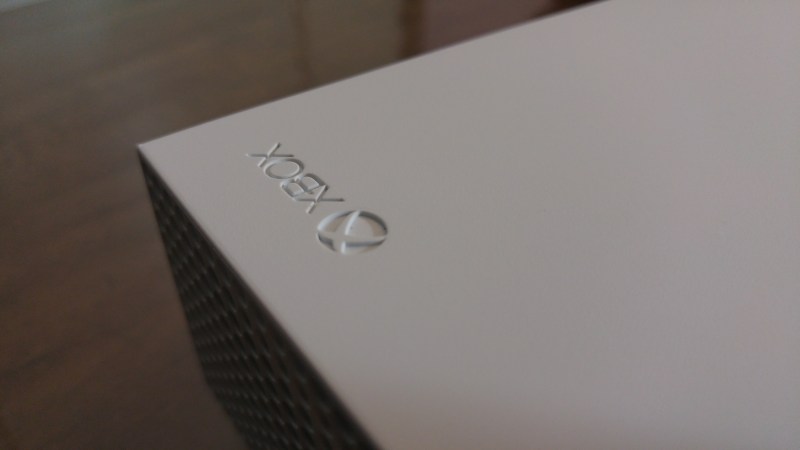 Microsoft pointed out that its new $300 Xbox One S is “the only console available today with built-in 4K Blu-ray — a value price compared to 4K Blu-ray players. It also offers 4K video streaming plus HDR for video and gaming.” Sony, in fact, has 4K games to play, but it does not have a 4K Blu-ray player.

“I’m not sure why they made that choice,” said Pinello. “The lack of a 4K Blu-ray is baffling to me. You could argue we are more enthusiastic about 4K than they are. I feel great. I couldn’t feel happier with our messaging, our pricing and features. I feel really good.”

And Microsoft plans to launch its Project Scorpio next-generation game console in the holiday season of 2017. That machine is the next member of the Xbox One family and will run at 6 teraflops. And it will support VR. Microsoft may have the more powerful machine, and that is clearly the advantage of waiting a year before it launches its big product. But Sony will have the jump on Microsoft by getting into the market a year earlier with 4K and VR.