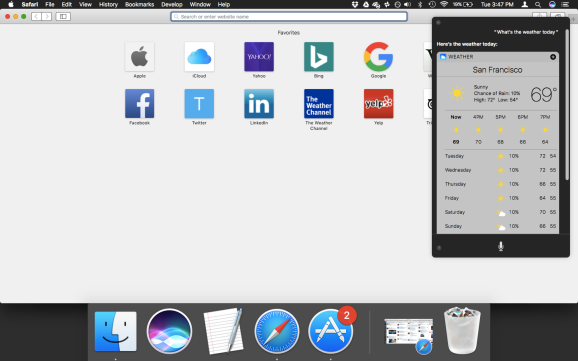 Siri can be accessed from from the dock, from the menu bar, or with a keyboard shortcut. 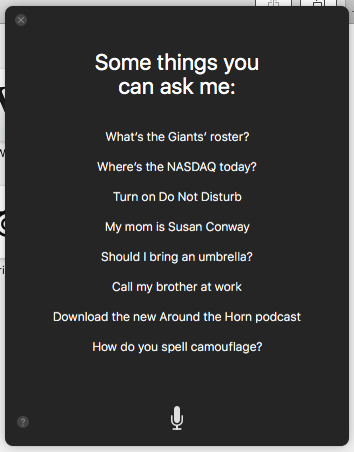 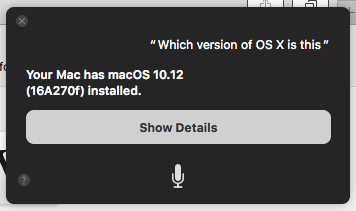