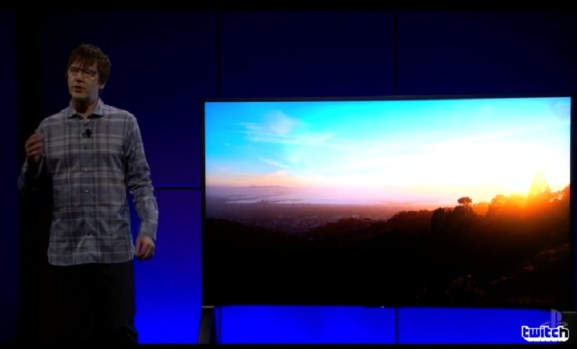 Lead architect Mark Cerny went onstage at Sony’s New York press event today to explain why the better graphics of the PlayStation 4 Pro are worth it for gamers.

Sony is introducing a high-end 4K capable PlayStation 4 Pro machine today for a higher price than its standard machine. Sony also announced its slimmer PlayStation 4 game console, which replaces the older 2013 model. The new PlayStation 4 Pro is capable of displaying images with four times as many pixels as a standard high-definition TV. But Cerny said the machine also has high-dynamic range (HDR). HDR delivers images with high contrasts between dark sections and light sections, all within the same image. That allows for much more interesting scenes with shadows and lighting.

Cerny closed with a new trailer from Horizon Zero Dawn, which showed the hero standing on a ledge, with winds blowing the fauna and trees about.

Shawn Layden, head of Sony’s PlayStation business, said that HDR is going to be available as a software upgrade for all 40 million-plus PS4 owners. He said that it was like going from 64 colors to 64 million colors, in terms of what it delivers for visual quality.

Of course, Sony is doing a bit of a sales job right now, as it would love for everyone to buy its 4K HDR televisions. 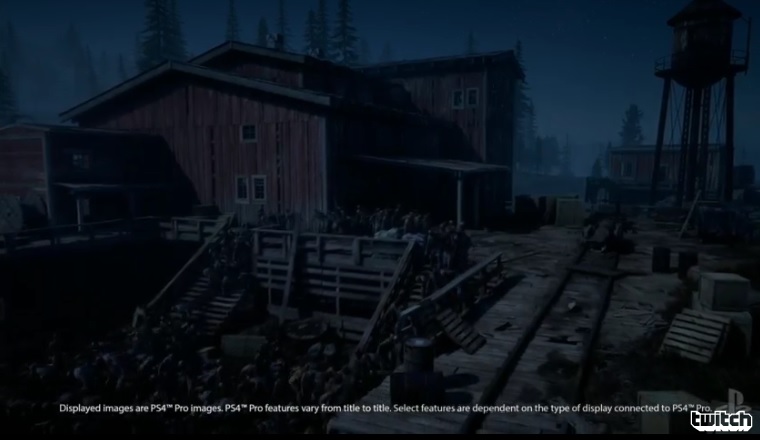 Above: A shot from Days Gone shows how 4K HDR looks in a night scene.