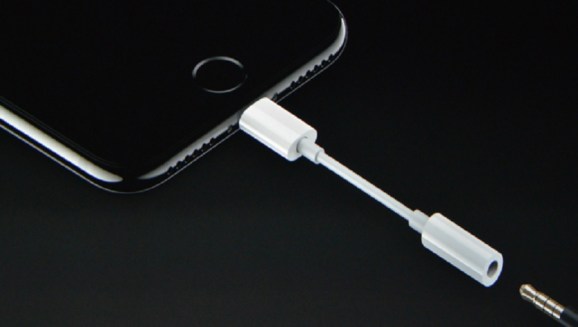 Apple has an adapter for the headphone jack to plug into lightning connectors.

Headphone jacks seem like something sacred on our mobile devices. But Apple’s Phil Schiller explained why Apple decided to make its iPhone 7 smartphone without it.

Schiller, the senior vice president of worldwide marketing at Apple, said that “courage to move on” was one of those reasons, as Apple engineers decided they could take technology forward if they got rid of the antiquated analog audio connector.

Apple also saw that it could use the digital audio feature of the lightning connector (which you use to charge the smartphone) to deliver better quality.

But Schiller also said that Apple engineers saw that space was at a premium inside the device, with two cameras and other high-end technology vying for room in the packed enclosure. There was no room left for an antiquated connector that takes up a lot of space.

Lastly, Apple introduced its AirPods, which are wireless headphones that take up a lot less space and don’t have wires that get all tangled up.

“We have a vision for how audio should work on mobile devices — wireless,” Schiller said.

And for those who don’t want to move to the new gadgets, you can use an adapter that plugs an old headphone into the lightning connector.