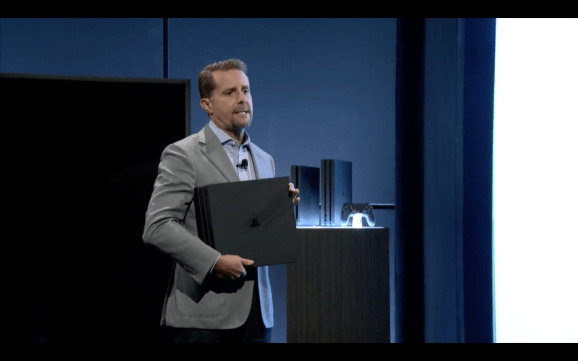 "I love my good boy very much. It is the best sales boy."

Sony’s new 4K gaming machine is not going to replace your Ultra HD Blu-ray player — or be your first.

The PlayStation Pro does not support 4K-capable UHD Blu-ray discs. Instead, the optical drive can only read DVDs and standard Blu-rays, according to Sony’s official specs. That means the only way to get 4K video onto the new PS4, which is due out November 10 for $400, is to stream it. You can do that using apps like Netflix or YouTube. You could also stream 4K films from your personal digital library using the excellent Plex app. But few digital sources — especially streaming sites — have 4K tech that matches the quality of an UHD Blu-ray, so your new 4K machine won’t get the most from 4K content if it is from a compressed stream from a remote server.

We’ve asked Sony why it didn’t include an UHD Blu-ray drive, and we’ll update this post with any comment from the company. It’s possible that Sony can see that most people do not use discs to watch films on PS4 and that many consumers just want support for services like Netflix. With that in mind, Sony did announce that a new Netflix app is coming to PS4 with a focus on 4K content.

But while Sony is skipping the UHD Blu-ray drive, competitor Microsoft did not. The Xbox One S, which launched last month, supports 4K streaming video in addition to UHD Blu-ray discs. And the Xbox One S is only $300 compared to Sony’s $400 Pro.

Sony likely doesn’t see this as a problem. It showed off a number of games that it claims look better thanks to the Pro’s 4K capabilities, and it thinks that is what most gamers care about.