PlayStation 4 Pro made its big debut yesterday, and Sony is selling it as a 4K gaming box. But most of the games the company showed were not rendering a native 4K image. Instead, you were probably seeing something closer to 1440p or 1800p. That’s quite a lot less detail than 2160p — although, for the Sony’s new supersystem, it doesn’t matter.

The PS4 Pro does not have the horsepower to render native 4K. Developers are already admitting that. Guerrilla Games confirmed that it isn’t rendering Horizon: Zero Dawn, its open-world sci-fi adventure, at the 3,840 x 2160 resolution that is standard for 4K. Sony itself plainly stated yesterday during its event in Manhattan that it didn’t want to make a machine that could fill all 8 million pixels of a 4K television set.

“Brute-force rendering techniques can of course be used to support [4K] displays,” PlayStation technical chief Mark Cerny said during the PlayStation presentation on Wednesday. “But they have unfortunate consequences for console cost and form factor.”

So if PS4 isn’t rendering native 4K images, then what is it doing? Magic! 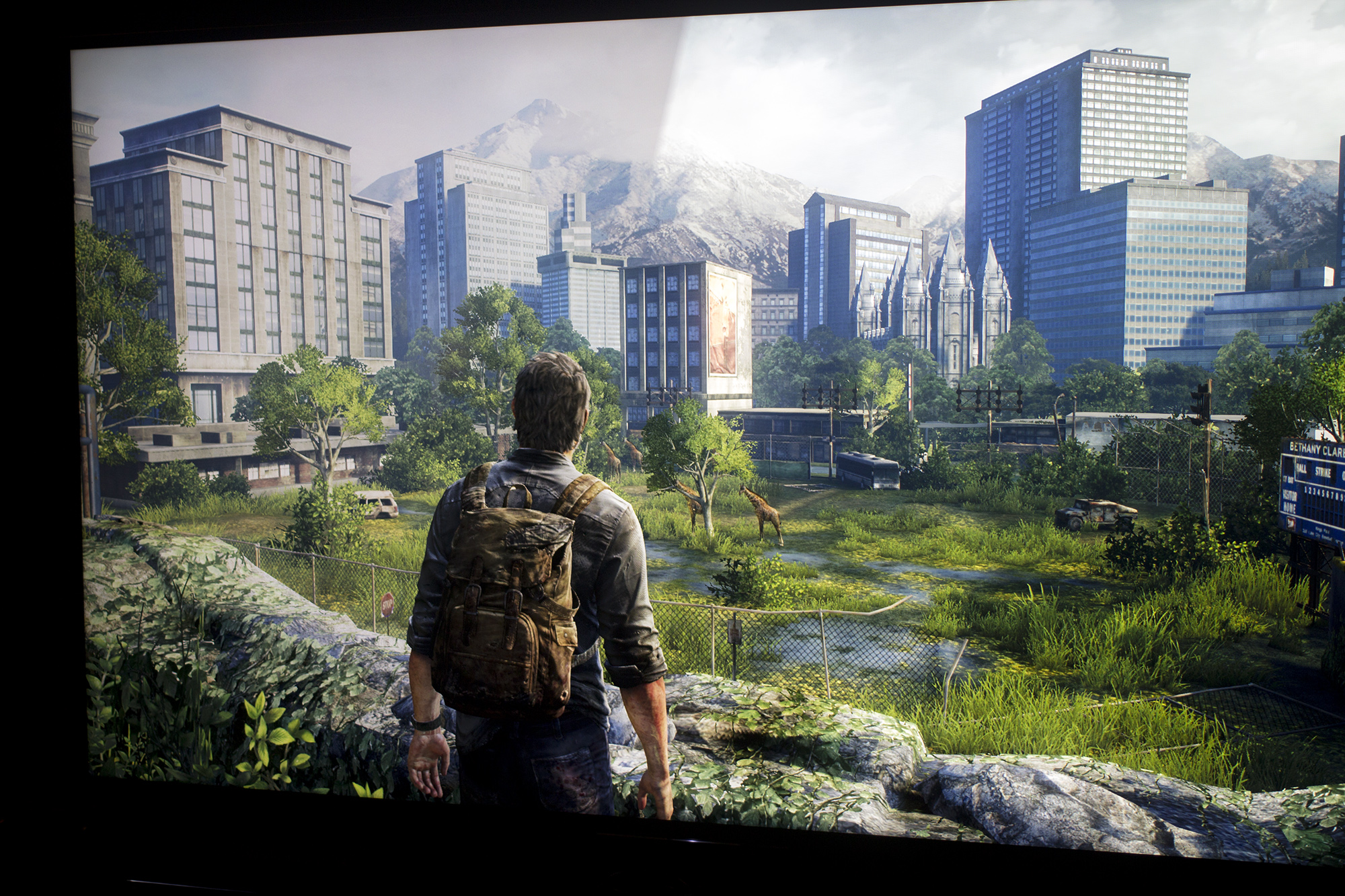 “There’s a lot of magic sauce happening,” Guerrilla Games managing director Hermen Hulst said during a roundtable with reporters yesterday. “It’s not native 4K. But as you see for yourself, it’s perceptively so close that you wouldn’t be able to see the difference.”

For Sony, that is the key. It wants to use the special, baked-in features of the Pro to give players an experience that will looks indistinguishable from 4K to the naked eye. And since you probably only ever play console games with your naked eye, that perceived reality is all that will matter to you.

As for the specific sorcery that the PS4 Pro uses to accomplish that? Well, Cerny alluded to those during his on-stage talk.

“With PS4 Pro, our strategy has instead been to foster streamlined rendering techniques that can take advantage of custom hardware,” he said. “When coupled with best-in-breed temporal and spatial anti-aliasing algorithms, the results can be astonishing.”

When we decode Cerny’s high-elven language, we can break down some of what is happening (with some help from the smart folks over at Digital Foundry).

The “streamlined rendering techniques” likely refers to a special feature built into the AMD Radeon graphics processor of the Pro where games only have to render approximately half of the pixels of standard 4K. That’s still around 4 million individual pixels, which is twice what you get from a native 1080p image — hence the need for a more powerful CPU and GPU in the Pro.

Those 4 million pixels are arranged into a 4K checkerboard pattern where half the checkerboard squares contain image data and the empty half contain nothing. The Pro should then use an algorithm to rebuild the image and fill in the empty squares for a 4K screen. Now, this technique would typically generate jagged edges and ugly artifacts whenever objects are in motion, but that’s where the temporal antialiasing comes in. That technique should smooth out any roughness and give the final image that crisp, ultra-high-definition look.

And I think that Sony deserves credit for the early results. VentureBeat editor Harrison Weber saw the Pro running its games in person. He told me that the difference was stark when Sony reps would run him through a demo and turn 4K and HDR on and off. Even in the videos that Sony uploaded to sites like YouTube, you can see some of the threads in Spider-Man’s suit in 4K — although YouTube’s compression algorithm definitely eats a lot of the finer details.

More importantly, Sony is making a smart sacrifice with 4K on the Pro. On PC, even $1,200 video cards struggle to run 4K games at 60 frames per second. That price is a nonstarter for a console. I would also argue that native 4K isn’t as important for the kind of experience that PlayStation 4 wants to give gamers. When you sit 10 feet away from your display, like most people do when they play consoles from a couch, the human eye struggles to see a difference between 1080p and 4K. It all starts to blur together when you observe it from far enough away.

So instead of trying to quadruple the resolution, Sony is going to double or maybe triple it, and then it’s going to let algorithms and the shortcomings of 20/20 vision do the rest. And I hope that Microsoft, Nintendo, and even Nvidia and AMD are paying attention as they look for ways to give gamers better visual fidelity in the future.