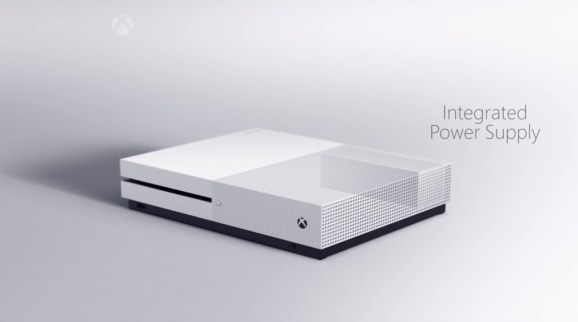 The Xbox One S pushed Microsoft to the top of the charts in August.

A new console stirred up excitement for Microsoft’s gaming business.

The Xbox One outsold the PlayStation 4 in the United States last month, according to data from tracking firm The NPD Group. August marks two months in a row where Microsoft’s gaming system has outsold its Sony competition. Prior to this summer surge, the PlayStation 4 had topped the sales chart every month for the prior year except for October, which is when developer 343 Industries launched Halo 5: Guardians.

“Thanks to our fans and their excitement for new Xbox One games and the recently launched Xbox One S — which is the only console available this holiday with built-in UHD 4K Blu-ray, 4K video streaming, and HDR for video and gaming — Xbox One was the best-selling console in the U.S. in August, according to NPD Group. In addition, we continue to see strong engagement on Xbox Live — the fastest, most reliable gaming network — with total global gaming hours on Xbox One consoles increasing 42 percent year-over-year. We’ve also received an incredible response to Xbox Design Lab, which saw millions of visits to the site and hundreds of thousands of designs created by fans. We’re excited to launch Clubs and Looking for Group on Xbox Live broadly this holiday alongside some of our biggest titles for the year, including ReCore, Forza Horizon 3, Gears of War 4 and Dead Rising 4.”

This Microsoft sales triumph comes a day after Sony revealed that it is launching a revised PlayStation 4 and the upgraded PS4 Pro this holiday season. The Pro, which features amped up graphics processing capabilities, will debut November 10 for $400. Sony is positioning it as a solution for 4K gaming.

And while Microsoft is having a strong summer, July and August are among the worst months for total game-related revenues. If Sony comes in with a strong September through December, then its lead in the console race is likely under no threat.