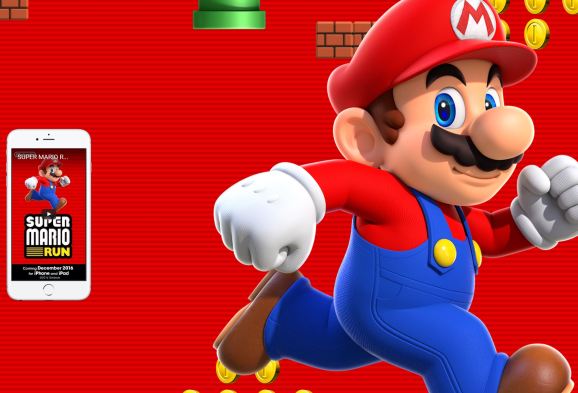 Mario is going mobile, and the game may dominate the world.

Smartphone and tablet gamers could download Super Mario Run from the iOS and Android app markets 1.5 billion times throughout its lifetime, according to Kantan Games analyst Serkan Toto. It will launch first on iPhone and iPad in December before rolling out to Android at a later date. Mario represents a huge shift from Nintendo as the company is using its most recognizable character to signal that it is serious about mobile. Investors are nuts about mobile Mario, and Nintendo’s stock price surged 29 percent following creator Shigeru Miyamoto taking the stage at Apple’s iPhone event on Wednesday. Toto’s prediction for Super Mario Run represents why Wall Street is making a run on Nintendo shares.

For reference, perennial mobile favorite Subway Surfers surpassed 1 billion downloads in 2015 after debuting in 2012. On Wednesday, developer Niantic revealed that Pokémon Go has reached 500 million downloads since launching in July. And while Nintendo is tangentially related to that app because it owns one-third of publisher The Pokémon Company, Mario is the first time a proper, wholly owned Nintendo franchise will hit mobile.

“As Nintendo’s first actual game for smart devices, I expect Super Mario Run to do extremely well in terms of downloads,” Toto wrote in a Kantan  Games blog. “[I predict more than] 1.5 billion downloads over the lifecycle of the game, worldwide, on both iOS and Android and for tablets and phones.”

Toto points out that while Nintendo is planning to charge a premium price for the game, it will have a free demo version that people will download first before unlocking the rest of the game.

“The pricing has caused a lot of confusion,” said Toto. “Nintendo Japan is historically terrible in communications, and Mario creator Shigeru Miyamoto did a bad job explaining this part of the game when he demonstrated it for the first time.”

But considering the star power (pun intended) of Mario and the “free” initial price as well as the billions of people who own Android or iOS smartphones around the world, the game should reach the 1.5-billion milestone as long as it doesn’t come up short in terms of quality or quantity of free content.