Which countries have the best programmers in the world?

HackerRank, a platform that ranks engineers based on their coding skills and helps companies discover talent faster, has tried to answer this question based on coding challenges.

Attracting hundreds of thousands of developers from all over the world, these challenges involve a variety of languages and knowledge domains, from Python and algorithms to security and distributed systems. Developers were scored and ranked based on a combination of their accuracy and speed.

According to HackerRank, China and Russia score as having the most talented developers. Chinese programmers outscore all other countries in mathematics, functional programming, and data structures challenges, while Russians dominate in algorithms, the most popular and most competitive arena. 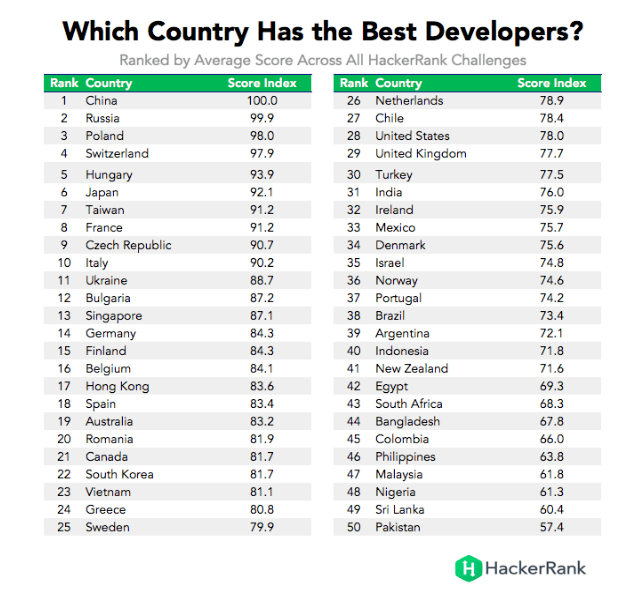 Poland, Switzerland, France, and Italy are in the top 10, while Ukraine ranks 11th, leaving the United States, the UK, India, and Israel far behind.

HackerRank claims that its methodology has ensured that the comparison of individual country scores across different domains is consistent, even though some domains are more challenging than others. The data was restricted to the 50 countries with the most developers on HackerRank.