It’s hard to see the common thread between the wildly popular Pokémon Go, the console/PC blockbuster Deus Ex: Mankind Divided, and the upcoming Mafia III video game. That’s one of the nice things about gaming, in that it offers so much variety for gamers. But I did notice a common thread in that the game creators are all trying to give gamers what’s good for them.

After all, if you create something artistic, you want it to be useful. You want it to do good. You want it to make an impact. (Or maybe you do. I’m not a game designer, but I’ve heard game developers say these things). So let’s suppose that game makers have good intentions, and they want something consequential to result from their games. This road of good intentions is the common thread that I see among these games.

Pokémon Go doesn’t have a story. All you do is walk places and collect creatures or hatch eggs. But it has proven wonderfully viral, generating 500 million downloads in 63 days and achieving $500 million in revenues, making it the most successful mobile game of all time. John Hanke, CEO of Niantic and co-creator of the game, has said that his team wanted to get players off couches and walking around. That had health benefits. Players have walked 4.6 billion kilometers in the game, or about 9.2 kilometers per player in two months. How many fewer heart attacks is that in the world? 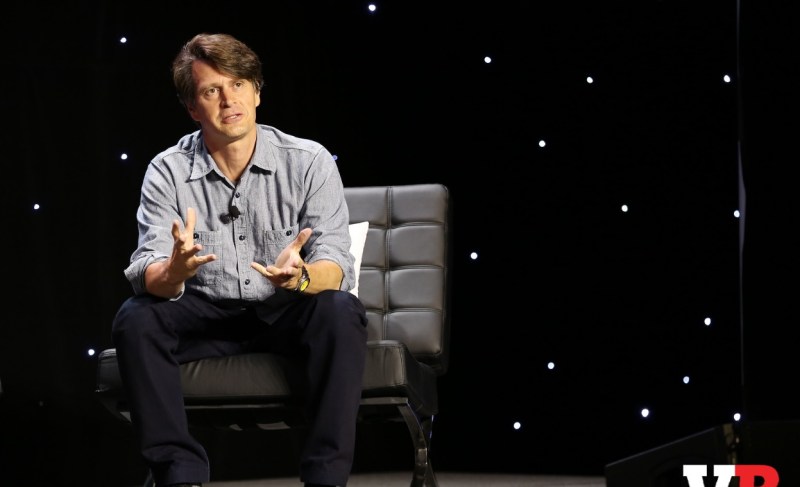 The game designers also wanted to revitalize interest in public places, so they took real world public monuments and made them into important stops in the game. That would teach people more about the public places that were around them, the places that they rarely visited. And that would do some good.

“The basic notion was there’s a lot of cool history and lore and unknown secrets in your own neighborhood that you don’t know about. If a product could help you discover those, that would be a good thing,” Hanke said at our recent GamesBeat 2016 event.

You can see that the company is trying to live up to its intentions with its follow-up products. On September 16, Nintendo is launching its Pokémon Go Plus device, which you can use to capture Pokémon without pulling out your smartphone. And in December, Pokémon Go will debut on the Apple Watch. Both of these things do some good because it means you won’t be glued to your smartphone all of the time. The game maker could have done a lot of other things that would have made it more money. But these two things will actually do some good by making us more social and less glued to screens.

By contrast, Deus Ex: Mankind Divided is a sci-fi game with a deep story about the coming conflict over human augmentation. It tries really hard to tell a story that’s relevant to our times, with fast-moving technology and the impact of terrorism on civil liberties.

The cyberpunk story plays out the consequences of an incident where a nefarious man decides to divide humanity into two factions. His shadowy organization pits “natural” humans against mechanically augmented humans, or “augs.” He triggers an “Aug Incident” where the augmented people go crazy and try to kill naturals. The game takes place in 2029, two years after that event, and a backlash against human augmentation has gathered momentum.

As with our own war on terror, terrorists are trying to push the agenda, framing augs so that they’ll be pushed into ghettos and treated as second-class citizens. The extremists call for extermination of the augs or the naturals, and a culture war is imminent. It’s such a great mirror to our own society. 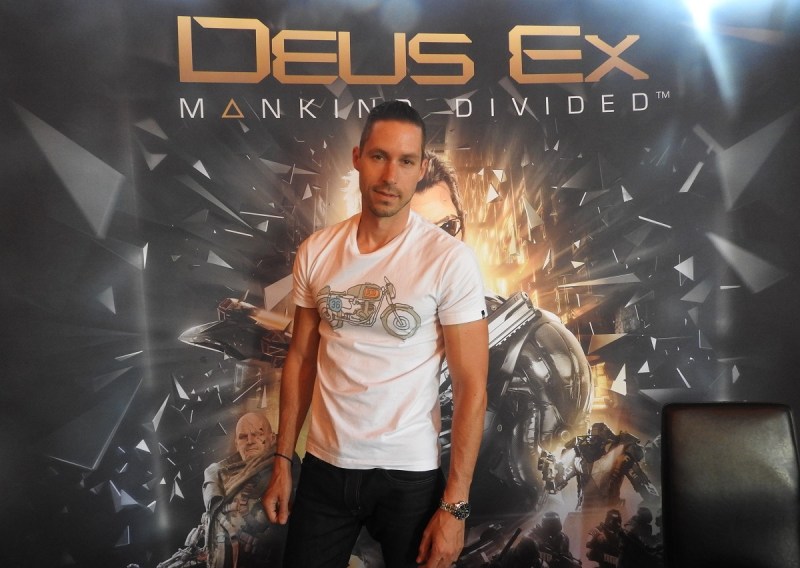 “We didn’t try to change the story to fit real-world events,” said Oliver Proulx, producer of the game at Eidos Montreal, in an interview with GamesBeat. “The themes we chose just resonate. Cyberpunk helps with that kind of interpretation. Unfortunately, some themes are a bit more prominent today than when we started designing the game.”

The story of Deus Ex: Mankind Divided is something to be applauded because it shows how far games have come. They can make you think. And if they lead you to form an opinion or change your mind, perhaps about your own presidential race, then that’s a great achievement.

With Mafia III, which comes out on the consoles and PC on October 7, we get another very interesting tale. The third game in the Mafia series focuses on a “gifted anti-hero and places them in a very specific time in American history,” said Bill Harms, lead writer for the game at developer Hangar 13, in an interview with GamesBeat. Since Mafia was in the 1930s and Mafia II was in the 1950s, the developer chose the 1960s for Mafia III. And of the years available, they chose to focus on 1968. 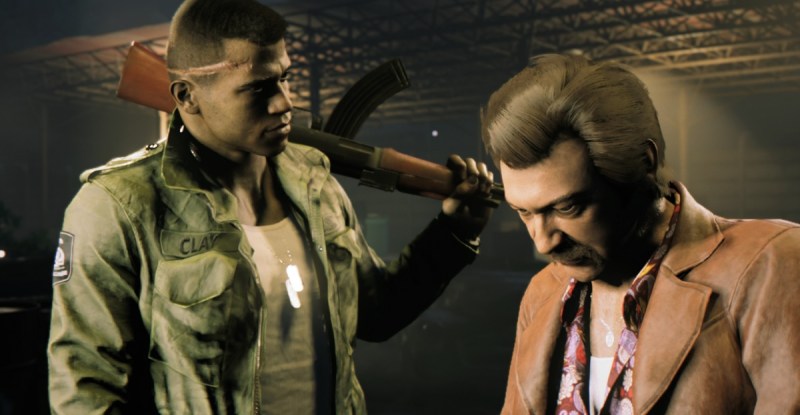 Above: Lincoln Clay and Thomas Burke of Mafia III.

They also chose New Orleans because it had a long history of Italian mafia history. And they chose as their character Lincoln Clay, an African American Vietnam veteran who takes on the mafia and creates his own criminal organization. The game scenes are infused with history, like a scene where three women discuss the killing of King. But the game creators aren’t necessarily pulling that history into the game to make a particular point. Rather, they are simply trying to make the virtual world of the video game as authentic as possible.

The game has racist dialogue and uncomfortable moments but not because the writers are endorsing that message. It’s because it would be a disservice to people who experienced such wrongs if they left it out of the game. Real-world events are mentioned on the radio as you drive a car around. You might draw a parallel to the white versus black world of today and the Black Lives Matter movement. But that would be your own conclusion. 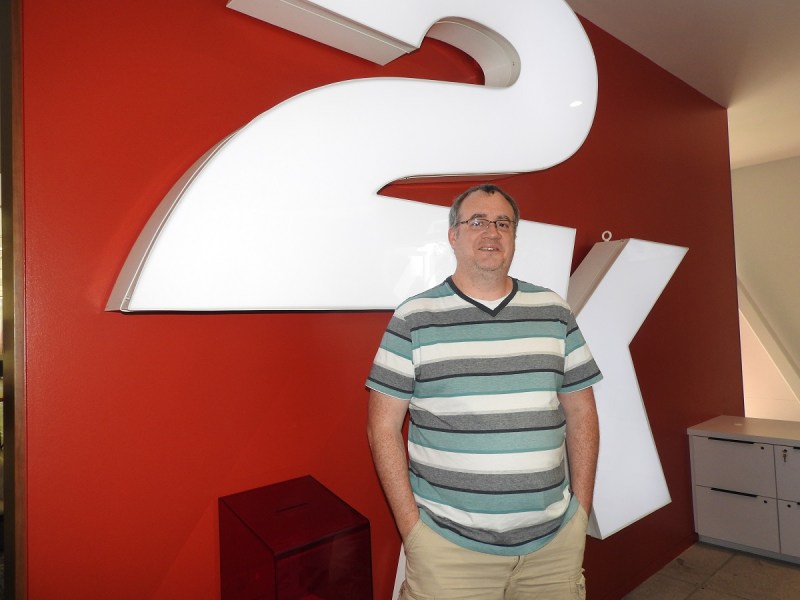 So rather than make a statement, the developers of Mafia III want to simply transport you to another place and time and see what it’s like to live in a particular time and to see what it’s like to make decisions in that character’s shoes, as an African American man in 1968 in America, Harms said. You can see the injustice built into the society. If the game developer simply shows you that, and you believe that it is a reconstruction of our world in 1968, then you can learn a lot and draw your own conclusions from that experience.

So again, these developers intended to make a point with their games. Those intentions are not always crystal clear, and they are subject to interpretation. But they are all good, different, and valid intentions.