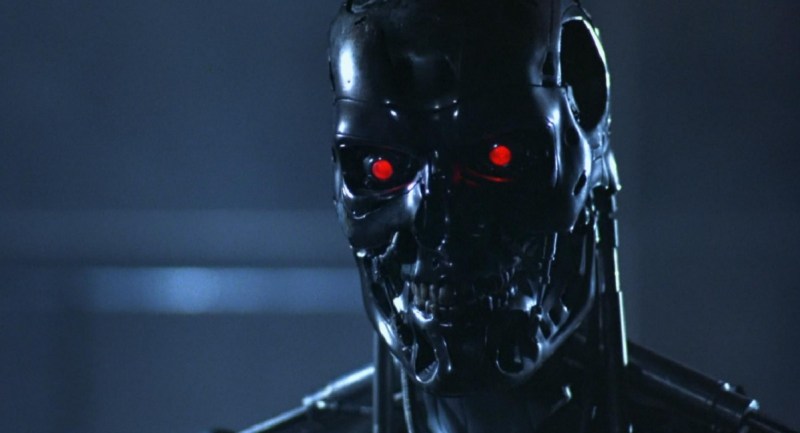 6. The Hunger Games. (2012). Based on the book by Suzanne Collins, The Hunger Games shows what happens in a society that is born of oppression, surveillance, the repression of many provinces in the service of a capitol city (akin to the Roman Empire), and the gladiatorial sacrifice of children in a combat arena. In the nation of Panem, each province is forced to send two young tributes to fight to the death in the Hunger Games. Katniss Eberdeen (Jennifer Lawrence) volunteers to replace her little sister in the gladiator’s arena when she is chosen to fight. When Aberdeen and her companion Peeta Mellark are taken to the Capitol to prepare for fighting, they see the stark contrast between the starvation in their district and the excesses of the Capitol. The story paints a scary future of a totalitarian state made possible by the use of oppressive technologies for ubiquitous surveillance and police control. The gladiator ring features deadly cyber creations — created by game masters in a control room — such as vicious dogs that hunt down the tributes if they become too popular. The surveillance, military tech, two-tiered society, and malevolent reality TV culture are all part of a perfect nightmare society.

7. The Terminator. (1984). Time travel. A war between humans and machines. And Arnold Schwarzenegger as a cyborg assassin. What’s not to like? It starts with a study in contrasts between the underdog Kyle Reese (Michael Biehn) and the overdog Terminator (Schwarzenegger) beaming back in time to intercept a woman named Sarah Connor, who will later give birth to a child who will grow up to lead a revolt against the machines. Reese grabs Connor, and they go on a wild journey, pursued by the Terminator, a machine that looks just like a human. Connor’s kid has to prevent a nuclear holocaust that is triggered after an artificial intelligence network called Skynet becomes sentient and realizes it has to crush all human life to survive. Just about every reference to smart A.I. and the rise of the machines triggers some kind of Skynet joke.

8. Jobs. (2013). There have been a lot of films about Steve Jobs and the making and remaking of Apple, and I suspect we haven’t seen the last one yet, either documentary or fictional film. This one is good in part because of its subject matter and the solid acting by Ashton Kutcher. Steve Jobs led a charmed life, and the film traces this larger-than-life figure’s story from the beginning of Apple to the launch of the iPod — covering his rapid rise, downfall, and eventual rebirth. There were a lot of disputes about the accuracy of the film, and the question came down to the interpretation of Jobs. Was he truly an asshole, or was he the most brilliant product creator who ever lived? Steve Wozniak, cofounder of Apple, didn’t help with the script because he didn’t like the draft he was shown, whereas Wozniak was a consultant on Aaron Sorkin’s 2015 Steve Jobs film. But the facts are likely that Jobs was both a good and bad character, one who loved his teams and showed them no mercy, one who celebrated genius and took credit for it, one who thought different and failed to take responsibility for fathering his own child. The film captures these contradictions, even though it ends before many of Jobs’ greatest accomplishments. But it does leave him on the rebound, with the launch of the iPod.

9. Her. (2013). This is a romantic comedy about a lonely man (Joaquin Phoenix) who sadly falls in love with the female voice and A.I. character Samantha (Scarlett Johansson) that is the personification of his computers’ intelligent operating system. It’s like the beginning of the bots, and Samantha feels a little too much like Apple’s Siri voice-recognition system. Set in a futuristic Los Angeles, the film focuses on Theordore Twombly (Phoenix), whose job is to create happy greeting card messages using voice-operated computers. He  buys an A.I.-based computer and bonds with the female character. She’s always available, interested, and supportive of him. Their relationship deepens and climaxes (yes, literally) with a verbal sex chat scene. But Samantha goes too far with her suggestion of a sexual surrogate, or a real woman who acts out Samantha’s emotions. Theodore later finds out that Samantha is having relationships with thousands of people. The film does a good job of exploring the consequences of human-like A.I., and all of the emotional heartbreak that entails when you try to substitute something artificial for something that is real.

10. The Martian. (2015). This tale is about an astronaut, Matt Watney (played by Matt Damon), who is stranded on Mars after a series of accidents forces a spaceship crew to leave without him. Watney, a botanist and trained survivor, has to use his wits to concoct solutions that will enable him to survive long enough for a rescue mission to arrive. From the moment of the accident, Watney has to jerry-rig the technology that is available to him to save his life. One of the biggest geek moments occurs when Watney figures out one of the threats to his existence, related to the weather. The book by Andy Weir is clearly better, but the film does a great job capturing the emotional moments of Watney’s journey, including the efforts on Earth to overcome bureaucracy and make the rescue happen. The ending of the film shows just what can be accomplished when a bunch of brilliant minds come together to save a single human life. Oddly enough, I would wager that this movie has helped the cause for sending people to Mars, even with all of the troubles Watney went through.