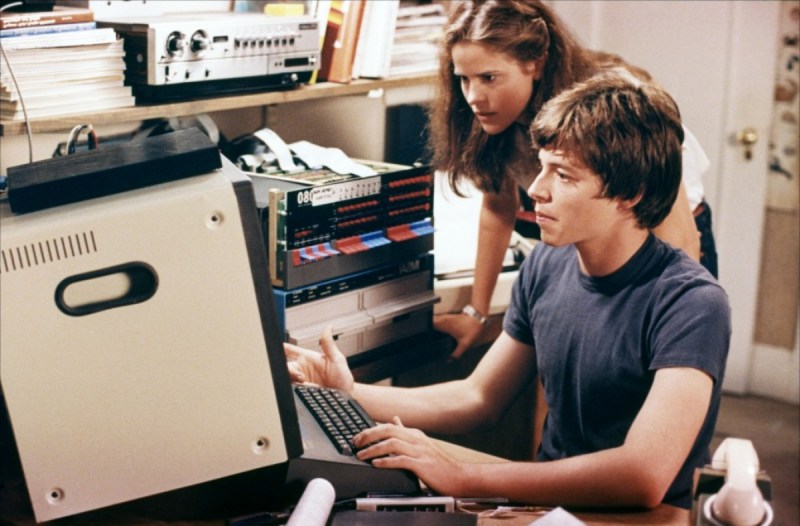 Above: Ally Sheedy and Matthew Broderick are the stars of WarGames.

11. WarGames. (1983). Mathew Broderick stars as David Lightman, an early hacker who accidentally triggers a crisis that could lead to nuclear war. He does so by accessing WOPR (War Operation Plan Response), a supercomputer that tries to simulate a nuclear war. Filmed in the midst of the Cold War, it picks up on the themes of possible accidental nuclear war from films such as Failsafe and Dr. Strangelove. Laughably, Lightman uses his Imsai 8080 computer to hack into WOPR while dialing random phone numbers. He starts a game of global thermonuclear war, and the U.S. goes into a full alert. You’ll wonder at some point if WOPR will ever get to the full realization that the only way to win this game is not to play.

12. Gravity. (2013). This film shows what happens when everything that can possibly go wrong does so, and how you can use the power of human ingenuity and experience to come back from the brink. Sandra Bullock stars as Dr. Ryan Stone, a biomedical engineer who is stranded in space after the Russians blow up a satellite and it sends debris right into an American astronaut team while they’re on a spacewalk to fix the Hubble Space Telescope. Stone survives, along with veteran astronaut Matt Kowalski (George Clooney), who tries to rescue Stone as she tumbles through space untethered and stares at the edge of the void. She has to make her way to the International Space Station, which is also hit by the mushrooming cloud of debris as it orbits the Earth, and then it becomes a search for one lifeboat after another. It’s also a nice reminder that women are capable of being technical wizards.

13. Westworld. (1973). This is one of Michael Crichton’s tales of technology gone awry. Westworld is about an amusement park with realistic robots that enable human beings to live out a fantasy of life in the Wild West. For a mere $1,000 per day, guests can indulge in any adventure they wish. But something goes wrong, and the robots begin killing visitors. Yul Brynner stars as the relentless android that can’t be killed, an early kind of Terminator. As the gunslinger, Brynner goes after actor Richard Benjamin, chasing him from one fantasy world to another. It’s annoying to see how slow the tourists are to realize that the slaves are in a state of full revolt. But, on the other hand, who would expect technology to go so awry? I’m glad that HBO is making a new series based on this film, as the tech really exists to pull it off right. As far as human-like robots going bad, this movie offered an early warning.

14. 2001: A Space Odyssey. (1968). This groundbreaking film was scientifically realistic, at least until it got really weird. Who could forget that thunderous musical score? But for our purposes, the HAL 9000 was the iconic example of a computer gone bad, when it tries to lock our hero, astronaut David Bowman, out of the spaceship. HAL gave us that calm computer voice of an A.I. system that is trying to murder you, not unlike GLadDOS in the Portal series. And yes, those initials for HAL are very close to IBM in the alphabet. HAL is represented simply by a red light, not unlike today’s NEST home automation systems. I like the message that ancient beings left guideposts for us to follow as we rose through each stage of civilization.

15. Tron. (1982). This movie had a unique art style, with backlit animation, but it also gave us some imaginative analogues for life inside a mainframe computer. Kevin Flynn, played by Jeff Bridges, attempts to hack into a computer, shrinking down to microscopic size and physically breaking into the machine, even as the A.I.-based Master Control Program tries to block everything that Flynn does. The special effects include the amazing light cycles that race each other around a grid, trying to make the other cycle crash into a light wall. Tron was a visual delight that woke many artists up to the way cool technologies should look and feel.