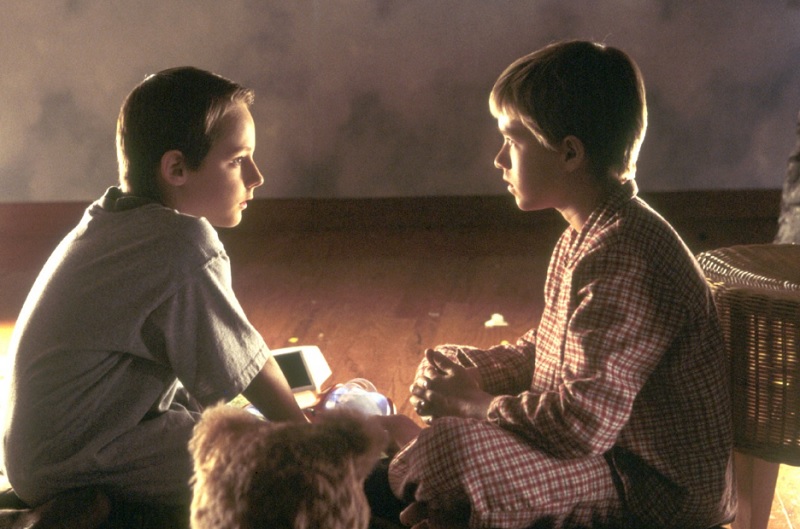 21. A.I. (2001). This sci-fi film from Steven Spielberg was essentially a retelling of Pinocchio, with androids who have to serve the whims of human beings. The androids range from the sad male prostitute (Jude Law) to a boy named David (Haley Joel Osment) who has been programmed with the ability to love. They keep running into humans who deceive them or deceive others into fearing them. These A.I. creatures are the innocents of the story, and they’re tossed about on the seas of fate by cruel human beings. It’s a groundbreaking story in that it shows how the artificial beings may be more human than the humans.

22. Metropolis. (1927). This film is set in a dystopian future where differences among classes are huge. The wealthy live in high-rise towers, while workers toil underground. Using an Art Deco architectural style, the city builders created edifices that made some people look important and most of the people look small. Director Fritz Lang spells out the consequences of industrialization and mass production on the human spirit. The film’s hero, Maria, is a friend of the impoverished, and she entrances the son of an industrialist and persuades him care about poor workers. The father, Joh Frederson, attempts to discredit the charismatic Maria by creating a robotic version of her that does evil deeds throughout Metropolis. It’s a vision for a future that hopefully won’t come about.

23. Apollo 13. (1995). This docudrama stars Tom Hanks as astronaut Jim Lovell in the ill-fated Apollo 13 lunar mission of 1970. The astronauts take off into space and suffer a life-threatening malfunction, triggering the memorable message, “Houston, we have a problem.” NASA’s flight controllers have to work with the crew to bring them home safely by jury-rigging fixes that keep the spacecraft intact. The film was inspirational to engineers everywhere, as it showed how clever engineering solutions could save lives during emergencies. It also shows redemption for those who fail to become astronauts themselves and have to stay and the ground and do their part to bring the astronauts safely home.

24. The Truman Show. (1998). Jim Carrey stars as Truman Burbank, an utterly normal and bland man who is raised inside a simulated television show. His every move is broadcast to the entire world, and only slowly does he begin to realize that his world is an artificial one. His entire life takes place within a giant arcological dome. This film was prescient in its depiction of people who are on camera all of the time, like the 24/7 reality TV shows that are common today. It feels like the Big Brother TV show, but on a massive scale.

25. The Lawnmower Man. (1992). Based on a short story by Stephen King, this tale is about a scientist (Pierce Brosnan) who experiments on a simple gardener (Jeff Fahey). The scientist experiments on people, using drugs and virtual reality to improve human intelligence. The problem is that the experiments also make people more aggressive. This was a terrible movie, and I almost put in on the worst tech movies list below. But it did introduce concepts like virtual reality and virtual sex to a mass audience. And it showed the downside of making someone too powerful through the use of technology.