Side Hustles are becoming the rule rather than the exception for a generation of workers, and as entrepreneurialism gains more traction in culture and the economy at large, we find ourselves fascinated by the triumph of the Side Hustle. We used to be enthralled by shows like The Apprentice, a pre-recession TV show about the killer corporate instinct. Now we watch Shark Tank and marvel as everyday people transform their passion projects and entrepreneurial fantasies into real-life businesses.

The era of the Side Hustle is officially here.

And it’s not just individuals who are chasing Side Hustles in their free time. Companies like Amazon, Virgin, and Google are exploring products and projects far outside their core competency (Google Moonshot anyone?). Patagonia, a renowned American maker of outdoor clothing produced a full-length documentary about finding a solution to the environmental crisis through food and is now cooking up recipes through its Patagonia Provisions label. Earlier this year, the ad agency R/GA built its own new, high-tech office space and is turning that experience into an offshoot design consultancy.

Companies that pursue Side Hustles are objectively better for it. Not only do these projects help organizations through experimentation and shared experiences, they activate people’s inherent motivations to create something new. And regardless of whether these Side Hustles succeed or fail, the organization and the people within it are made better through a real-life education on hustling to get stuff done. These lessons are absolutely worth chasing, and the chase offers new lessons every time — lessons that can be applied directly to everyday work.

What’s more, the Side Hustle can function both as an organizing principle and as a recruiting criteria for the people any company brings into its fold.

The first step is cultivating a system where the Side Hustle is prioritized as a fundamental element of how the company operates, not just a farm for cool ideas that lie on the periphery. Integrating the Side Hustle into the core purpose and processes of a company is the only way to commit to side projects in earnest.

The second step is to actively recruit people who unapologetically have their own side projects – side projects that ideally do not compete or interfere with the core purpose of the company. Once the company begins to create and activate its own Side Hustles, the world takes notice. Our office, for example, is populated by people with aspirations far beyond our standard work – people who want to write, make films, record albums, create new food products, develop new technologies, or contribute to the world in a more meaningful way. Each of their extracurricular passions adds depth and character to our day-to-day work. 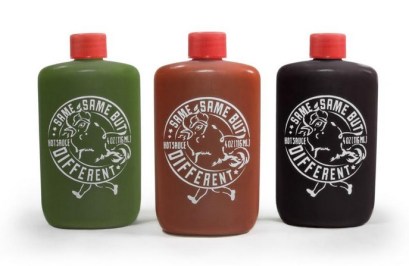 Above: A line of hot sauce spearheaded by one of our team members.

We’ve developed a line of hot sauce, a mobile game, two documentaries, a book, and a bunch of non-profit projects. True, our website labels us as an innovation and brand strategy consultancy, but over the years we’ve also become a defacto incubator and holding company for Side Hustles that have led us down paths we never would have otherwise explored. 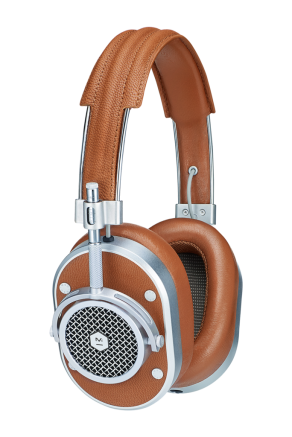 Above: Another one of our team’s Side Hustles.

Our entrepreneurial spirit is more than just jargon – it’s what makes us different from other consultancies and engenders a deep kinship with our clients. Over the years, we have prioritized our projects to the point that the Side Hustle is arguably just as important as the client work itself. In fact, it makes us as a company that much more prepared to approach a wider range of client projects.

Side Hustles don’t always have to be individual projects. Probably our greatest success to date is Master & Dynamic, a line of high-end audio tools. This was a company-wide Side Hustle, untied to any one employee or talent. We collectively helped the founder and CEO create the brand from the bottom up and continued to stay involved. Today, M&D is selling in the Apple Store and is unanimously praised by audiophiles. Before that project, we were just audio hobbyists. Now we’re part of a runaway success in the audio business.

There’s a reason that some of the largest and most creative organizations in the world have structured themselves so that employees have the opportunity to explore other interests beyond their standard work constraints. The truth is, in one way or another, everyone who works has a passion project they’ve dreamed of getting off the ground. For so many, it’s the extracurricular work that inspires them to get through the rest of their day. In this new era, people have an unquenchable thirst for work. It’s the jobs they could do without.

Alain Sylvain is CEO of Sylvain Labs and a partner of several investment ventures, including Master + Dynamic and So Choice Softworks. He has also served as the executive producer of short documentaries: Instafame and the recently premiered Some Kind of Quest. Prior to founding Sylvain Labs, he was managing director at Redscout and a lead strategist at Mother New York. He also held positions at The Martin Agency, Publicis and SS+K. He is a current board member of the VCU Brandcenter and a passionate supporter of and advocate for HELP, a merit- and needs-based scholarship program, the Global Poverty Project, and the Lower East Side Girls Club.