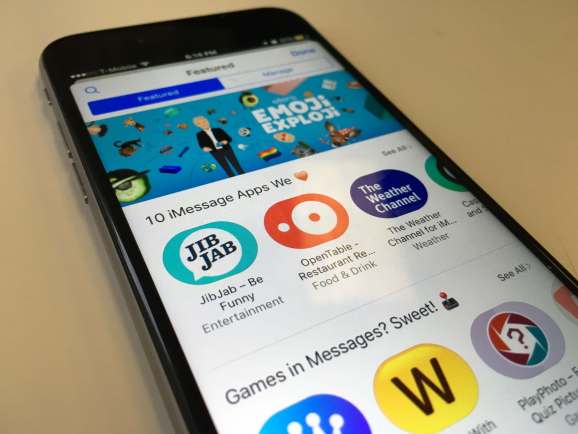 On the eve of its release of iOS 10, Apple has launched its iMessage App Store, with quite a few apps already supporting the latest mobile operating system. The marketplace is only currently available to those with iOS 10 installed as part of the beta program, but just wait another day, and you, too, will be able to browse the store.

A healthy selection of applications will be available as soon as you install iOS 10. We’ve seen updates for Evernote, email by EasilyDo, OpenTable, Yelp, JibJab, Words with Friends, Square Cash, The Weather Channel, and GIF Keyboard. And, just today, Nintendo launched the official Super Mario Run Stickers for iMessage.

Prior to Monday, those who had the beta version of iOS 10 only saw the apps that had been previously installed. Now, it seems the company has automatically refreshed the storefront to display more choices.

It’s important to note that most of what appears in the iMessage App Store should be considered extensions of the original apps — pretty much the same as you’d see with the Apple Watch. However, there are some programs within iMessage that are standalone, meaning they won’t have an app cousin that you can find on your device’s home screen.

What you won’t find in this app store are chatbots. Instead, the app store offerings extend traditional apps into the messaging world, similar to Slack’s Message Button.

Announced at this past year’s Worldwide Developer Conference (WWDC), the update to iMessage is significant in that it’s the first time the company has opened up its core messaging product to third-party developers, recreating the magic that it had with the original App Store. Other companies have launched platforms around chat applications such as Facebook Messenger, Skype, Google, Kik, Telegram, and Slack, and it appears Apple doesn’t want to be left behind.