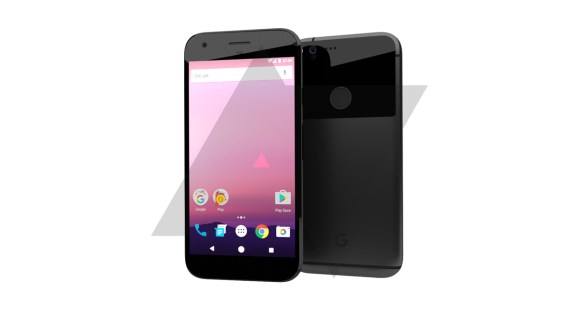 Rumors that Google is ditching its longtime Nexus branding in favor of Pixel for its pair of upcoming HTC-built smartphones got a shot in the arm today, thanks to a software leak by HTC insider Llabtoofer (via Droid-Life). The ROM developer released an APK purportedly ripped from a prerelease build of the phones’ (codenamed Sailfish and Marlin) firmware, entitled Pixel Launcher — an app which has previously leaked under the name Nexus Launcher.

It’s the most compelling evidence to date of a recent report by Android Police, which claims that the alleged 5-inch and 5.5-inch handsets will be branded as Pixel and Pixel XL, respectively. Pixel is a brand that Google has used twice already for hardware designed by the company, in the forms of the Pixel C Android tablet and Chromebook Pixel laptop.

If true, it would represent a pivot for Pixel-branded devices, which have previously been presented as designed and built by Google alone — sans manufacturing partners. In the case of Sailfish and Marlin, which are claimed to sport identical appearances save for the size differences, according to another Android Police report, HTC is widely known to be working alongside Google in the phones’ development.

What the purported branding reboot means for HTC’s involvement is unclear; past Nexus devices have included the manufacturing partners’ logos discreetly on the backs of the devices, but the two Pixel machines so far have not. So slotting these handsets into the Pixel lineup may foretell HTC taking a backseat in the phones’ marketing campaign, relegating it to the same white-label role it played prior to selling smartphones under its own name.

All will be made clear on October 4, according to yet a third Android Police report, when Google is said to be revealing both phones alongside a virtual reality headset and 4K-capable Chromecast device.