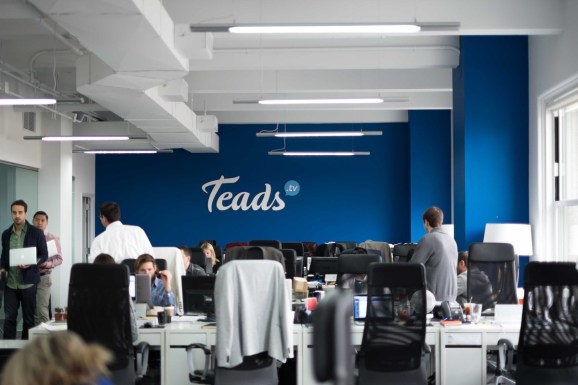 New York-based Teads is known for its native video advertising platform that has become ubiquitous across the web and mobile and includes vertical, square, 360°, and live video formats.

With the purchase of Brainient, Teads will incorporate interactive video technology, as well as additional tools to personalize and target video ads. Based in London, Brainient will be renamed Teads Studio.

“We will now introduce the next generation of video ads,” said Pierre Chappaz, executive chairman of Teads, in statement.

Teads was founded in 2011 by a group of French entrepreneurs and has so far raised $127 million. Investors include Lightspeed Venture Partners, Partech Ventures, and Elaia Partners.

The investment also includes $47 million the company raised last month in a debt financing round from a consortium of banks. At the time, Teads said it intended to use the money to expand through acquisitions and to enter Asian markets.

Teads says it has been profitable for several years now and currently has 450 employees in 30 offices across 19 countries.

Brainient was founded in 2009 and has raised $2.65 million from investors such as Seedcamp, 500 Startups, and Credo Ventures. Though the company is based in London, the founders are Romanian, and the engineering team is located in Romania.