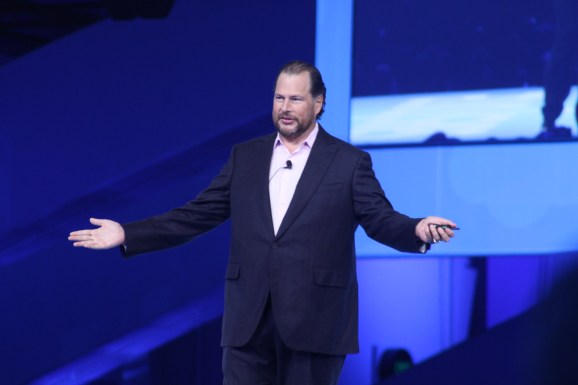 Salesforce chief executive Marc Benioff is doubling down on his efforts to make the world a better place for everyone with the creation of a new cabinet-level post: chief equality officer. The official announcement is expected to be made next week.

Speaking at TechCrunch Disrupt, the outspoken CEO made reference to efforts Salesforce has made towards making things right not only within his company, but also in the U.S. and abroad. In the effort to close the gender pay gap, Benioff has instituted policies to give women raises. He’s also fought alongside the LGBTQ community against discriminatory laws in Indiana, Georgia, and North Carolina — Salesforce happens to be the largest tech company in Indiana, the state governed by current Republican vice presidential candidate Mike Pence.

Benioff clearly didn’t mince words when talking about discriminatory laws being passed in several states across the country: “People need to take a stand. If you don’t take a stand, I’m going to tell you, there are going to be people in the country — Mike Pence and others — who are going to do some very bad things to people that we love. And those people are my employees…”

The chief equality officer will report directly to Benioff, providing him a deputy who will continue his passion for gender, LGBTQ, racial, and educational equality around the world. The as-yet unnamed individual tapped for this role will own the issues so that on a day-to-day basis it’s on the mind of Benioff, not delegated to the functional organizations. With this post filled, he said, “I can be assured that we’re fighting for equality across the whole planet.”

Benioff acknowledges that the effort is hard but thinks that what Salesforce is doing is important.