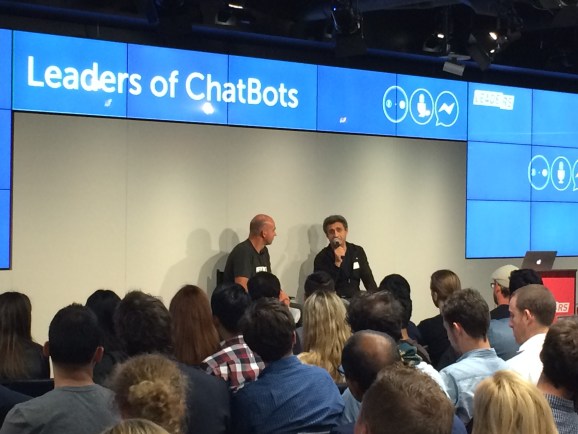 Facebook will never take money from businesses or merchants that utilize the new ability to pay for products or services inside Messenger bots, said Facebook head of product for messaging Stan Chudnovsky.

On Monday, the Facebook Messenger team announced that it’s working with several partners to make payments within Messenger bots. The announcement was made as part of the launch of version 1.2, with enhanced mobile website capabilities and a payments beta for U.S. Messenger users.

Chudnovsky spoke Tuesday evening at Leade.rs, a monthly gathering of industry leaders to discuss issues of technology and the future. The gathering was held at LinkedIn in San Francisco.

“We are not taking any money on those payments,” Chudnovsky said. “When it comes down to merchants platforms you will have to figure out a way to adhere to the rules of the platform you are on, but again we intend to make zero. We just want to enable commerce and we are an enterprising company and we’re going to make money on advertisement, but we’re not going to try to get into the payments role and cut our dime out of there, not planning that, never going to be.”

Chudnovsky was responding to an audience question from a merchant with a Messenger bot who said his company is excited about the new pay functionality but was waiting to hear just how much money Facebook would take from each purchase.

The impact of Facebook’s decision to add payment to Messenger is not yet understood, but more than 50 million small businesses have Facebook pages and Messenger has more monthly active users than any other chat platform save WhatsApp, which is also owned by Facebook.

Responding to another question, Chudnovsky touched on the potential impact of bots beyond commerce as a tool to enable self expression.

“Where those use cases are going to be, we don’t know. What the killer apps there are, we don’t know, but self expression as a direction has been very successful on any of the new platforms that have ever manifested themselves, so from that standpoint this should be no different, and I totally believe there’s going to be a branch of self-expressing bots or bots enabling self expression that should be pretty big eventually,” he said.

“There’s going to be a bunch of new announcements around M happening soon,” he said. “I don’t think we’re going to roll out all the end capabilities to everybody anytime soon, but but we’re working on a plan to make it available to many more people very soon.”