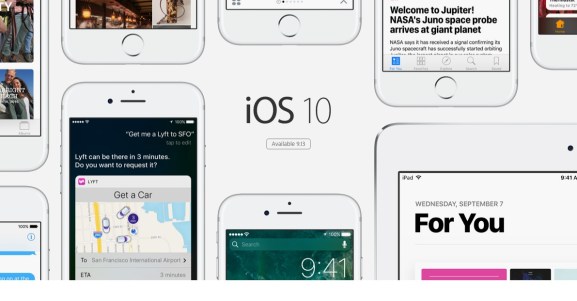 Apple started rolling out iOS 10 at 10:00 a.m. Pacific on September 13. After 24 hours, a period that included a serious hiccup that bricked some devices, data analytics startup Mixpanel estimates that 14.53 percent of iOS users have upgraded to iOS 10.

Apple typically updates its official iOS adoption numbers about once a week. We thus have to rely on third parties to gauge how the rollout is going. Mixpanel estimates that iOS users are upgrading faster this year than last; 24 hours after iOS 9 launched in 2015, only 12.42 percent of iOS users had upgraded to the latest version. The company has made its iOS 10 adoption tracker available to the public — you can look at the data on an hourly, daily, and weekly basis here: How quickly are users updating to iOS 10?. 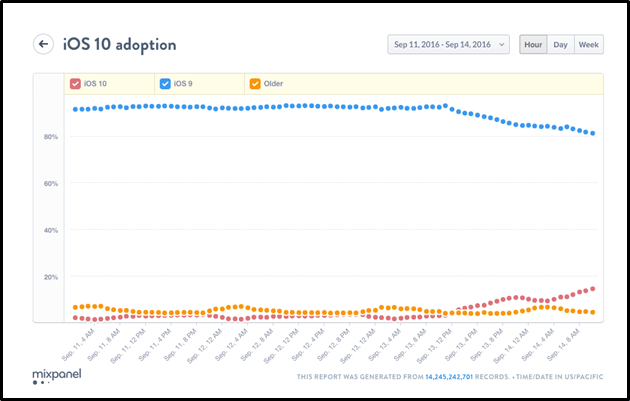 New iOS versions are typically adopted rather quickly. Users get new functionality on older devices while developers are more likely to leverage the latest APIs, which in turn only encourages more users to upgrade as they seek to get new apps and new features in existing apps.

But keep in mind that these numbers aren’t official. When iOS 9 passed the 50 percent mark, Apple declared it the “fastest iOS adoption ever.” Assuming all goes well, we expect Apple will say the same thing about iOS 10.

iOS 10 was first announced at WWDC 2016 in June. It includes features like Siri in apps, an improved keyboard, and deeper 3D touch integration. The new OS also comes with a slew of built-in app improvements, including revamped Photos and Apple Maps and redesigned Apple Music and Apple News, as well as a new Home app. FaceTime is end-to-end encrypted by default. There’s no reason not to upgrade.