The launch comes six months after Amazon first introduced two new Echo devices — one of which was the $90 Echo Dot, which has a line-out port to connect to third-party speakers. It has been sold out in recent months, which may have been a deliberate move by Amazon to pave the way for the new Dot that is coming to market today. 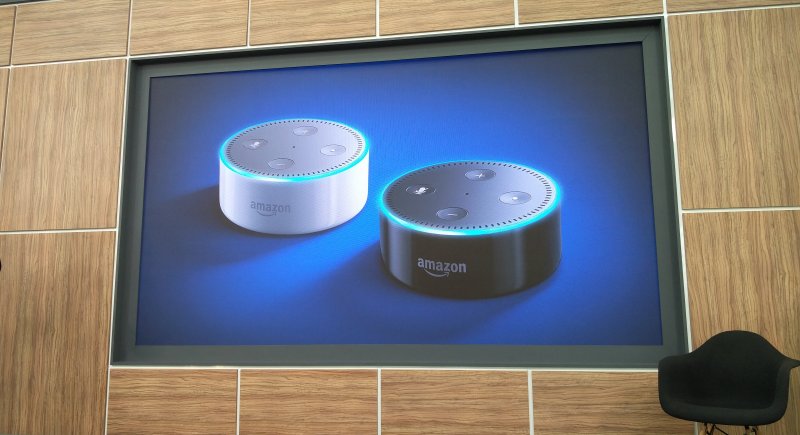 Above: The new Echo Dot

Priced at $50 (£50 / €60 in the U.K. / Germany), the new version is similar to the existing incarnation in most respects, but it has been trimmed by a few millimeters and now packs a more powerful processor, meaning it should be capable of performing more labor-intensive tasks.

What’s perhaps most interesting, apart from the price, is that it can be bought just like beer — in six-packs and 12-packs. 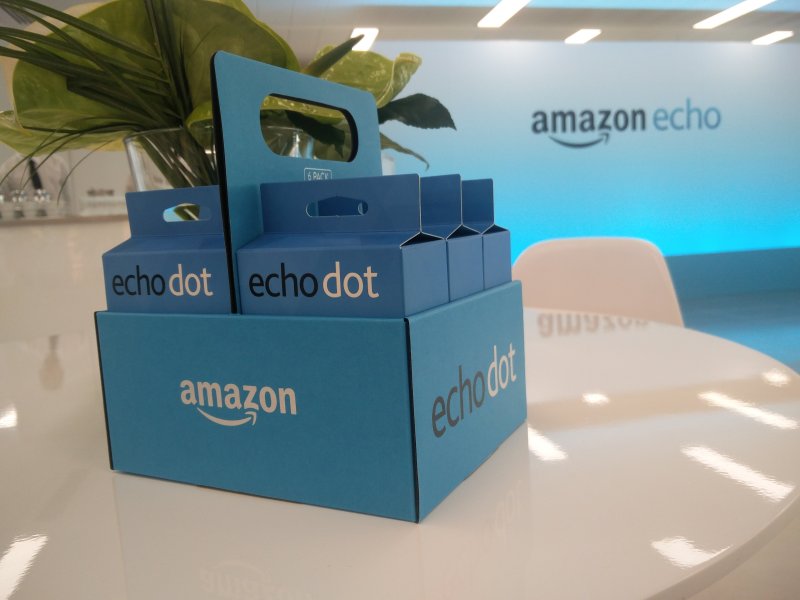 This isn’t the first time Amazon has introduced beer-style bulk-buying to its products — it did the exact same thing for its quad-core Fire tablet launch last September. But it helps to illustrate what Amazon is striving for here — it wants consumers to embed the Echo and its Alexa-powered brain in every room of their house.

The new Echo Dot comes out on the same day that Amazon announced its flagship smart Echo speaker is finally launching outside of the U.S, kicking off with the U.K. and Germany today.