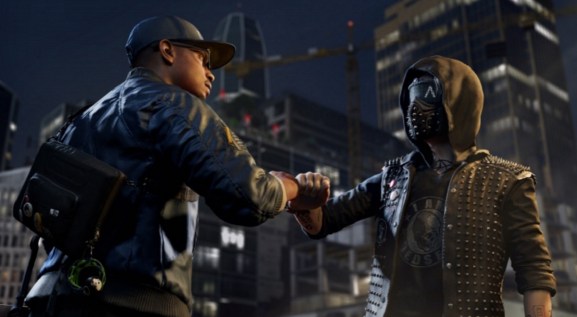 Ubisoft wants the world to know that it’s doing just fine without Vivendi meddling in its business.

The French-based publisher has launched a new page called “We Are Ubisoft” that promotes its properties and value as independent company. It does so as Vivendi attempts a hostile takeover of the Assassin’s Creed and Watch Dogs maker, following an onstage appeal during Ubisoft’s Electronic Entertainment Expo presentation in June.

“The passionate and expert teams across six continents are committed to delivering original and memorable gaming experiences across all platforms,” We Are Ubisoft states. The site notes that Ubisoft has 10,000 employees from 94 different countries. It also singles out its recent hit The Division, which earned over $330 million worldwide in its first five days.

“Vivendi has a reputation of taking control of many companies,” Yves Guillemot, cofounder and chief executive officer of Ubisoft, noted in a conference call in May. “They want to do the same with ours. We will defend ourselves because this will be in the favor of their shareholders instead of all the shareholders. As for making sure they don’t have board members, it will be the decision of the shareholders.”

Watch Dogs 2, an open world third-person shooter about hacker activist, is Ubisoft’s next major release. It comes out on November 15 for PlayStation 4, Xbox One, and PC.