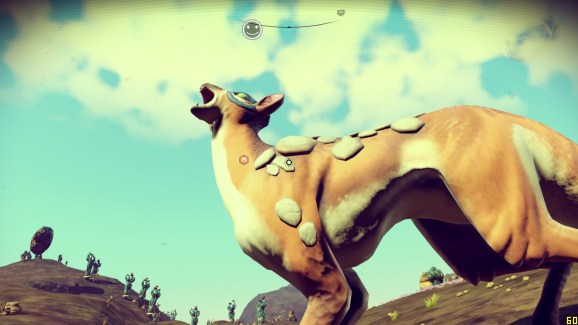 You're guilty, spacegazelle! Guilty of stealing my heart.

August isn’t typically a major month for consumer spending on consoles and software, but 2016 saw some growth last month thanks to big name games.

Consumers spent $573.4 million on new game-related products in the United States in August, according to market research firm The NPD Group. That’s a 1 percent improvement over the $568.6 million in August 2015. The industry can thank Xbox One S as well as blockbuster releases from Electronic Arts, Square Enix, and even an indie developer for putting an end to a rough season for game spending.

NPD tracks gaming-related revenues in the United States from both retailers and digital stores such as Steam (the top seller of PC games). This data only includes info from publishers that cooperate with NPD (Blizzard Entertainment doesn’t share sales info from its Battle.net digital store, for example), so this is not a comprehensive look at that market. Instead, the firm provides a snapshot of the industry.

“Spending on software, hardware, and accessories grew by 1 percent compared to August last year,” NPD analyst Sam Naji said in a statement. “The release of strong new titles such as Madden NFL 17, No Man’s Sky, and Deus Ex: Mankind Divided bolstered console software dollar sales by 8 percent and this had helped to offset losses in spending elsewhere.”

When it comes to hardware, the industry was still down overall, but August was an improvement over July. Instead of a 30 percent year-over-year drop, last month only saw a decline of 6 percent.

“Although there was a strong launch for the Xbox One S and a second consecutive month in spending growth for 3DS, it was not enough to stimulate dollar growth in hardware,” said Naji.

With the overview out of the way, let’s dive into the details.

This was one of the strongest Augusts of this generation, and No Man’s Sky and Deus Ex are largely responsible for that.

“Spending grew by 9 percent year-on-year thanks to the release of new games, No Man’s Sky and Deus Ex: Mankind Divided,” said Naji. “[Those games] brought in almost three times the amount to last year’s new releases, Gears of War Ultimate Edition and the PS4 exclusive, Until Dawn.”

Of course, neither game could outsell Madden — but this doesn’t mean EA’s football game is as strong as ever.

“Madden NFL 17 was the top-selling game for the month; however, there was a 3 percent decline in spending compared to last August release of Madden NFL 16,” said Naji.

The rest of the chart is one again home to returning champions like the open-world crime game Grand Theft Auto V, Blizzard’s team-based shooter Overwatch, and Microsoft’s block-building phenomenon Minecraft. This month also shows that Ubisoft’s Rainbow Six: Siege is starting to work itself into this group of continual top-10 best-sellers.

Microsoft’s Xbox One outsold the PlayStation 4, and the 3DS had another strong month. But the overall hardware picture shows why Sony is releasing the PS4 Pro in November. Between PS4 and Xbox One, the potential console-hardware market is starting to look saturated.

Consoles cost less, and people are purchasing fewer of them. That’s a bad combination. Microsoft’s new $300-to-$400 Xbox One S system helped, but the plummeting Wii U and the faltering PS4 sales are dragging down this sector. This could change in September, when Sony introduces the revamped PS4 and then in November, when it launches the upgraded PS4 Pro.

For now, it’s Microsoft that’s benefiting from launching a console redesign at a higher price.

That’s a big win for Microsoft. But Nintendo’s portable device also did well.

“Following the strong growth in units sales for the 3DS during July 2016, this was another month for solid sales,” said Naji. “Unit spending grew by 83 percent resulting with consumers spending an additional $6 million compared to last year. Consumer interest in the Pokémon franchise in the wake of the mobile game, Pokémon Go, and the release of Monster Hunter: Generations most likely caused the increase in sales.”

The game-peripheral space saw another 5 percent year-over-year decline in August. Interactive toys saw some growth, but everything else is losing ground.

“Total accessory spending for the month reached $107 million, a decline of 5 percent compared to August 2015,” said Naji. “Although there were declines in sales for gamecards, headsets/headphones, and gamepads of 6 percent, 3 percent, and 6 percent, respectively, interactive gaming toys accessory spending increased by 10 percent.”

The big release last month was Microsoft’s new white Xbox One S Controller, and that topped the sales charts.

“The best-selling gamepad for the month was the new Xbox One S White Controller which sold 79K units, 26 percent of all Xbox One gamepads sold for the month,” said Naji. “The new controller sold more units than the PS4 DualShock 4 Wireless Black Controller which had been the best-selling gamepad for some time. The category was down as a whole due to the declines in last-gen console gamepad spending, which had decreased by 50 percent compared to last year.”