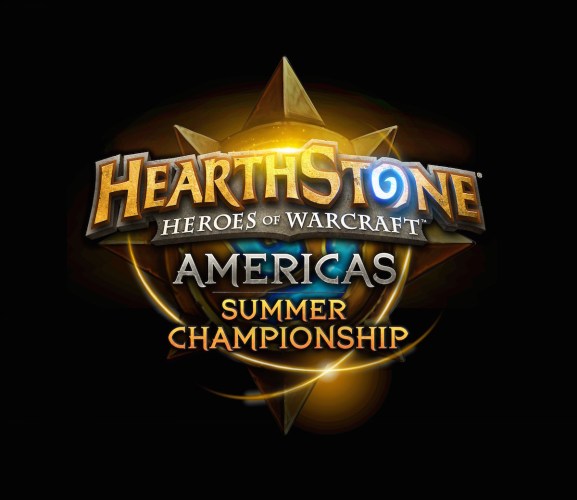 Blizzard’s third and final season of competitive Hearthstone: Heroes of Warcraft for 2016 is coming to a close this month. A mixture of new names and known pros have already qualified to compete at the Hearthstone World Championship at BlizzCon in November, and the Summer Championships and upcoming Last Call tournaments will round that list out.

One of the tremendous successes of Blizzard’s Hearthstone Championship Tour this year has been its accessibility. The new HCT format for 2016 ensured a diverse range of players could participate in each of the new seasonal events in every region, and the flexible ways in which players could earn their right to compete in those tournaments meant we were bound to see some new faces throughout the year.

Two of the exciting newcomers that have reached the pinnacle of their regional Hearthstone scene and will be competing in this weekend’s Americas Summer Championship are Alex “Abar” Barhorst and Manny “dude7597” Eckert. Although they’re coming into the tournament from very different backgrounds, they both have their eyes on the same prize — the $25,000 first-place purse, and a chance to compete at BlizzCon.

Hearthstone is a digital card game [for a beginner’s guide on how to play, click here], where players build decks out of a pool of cards and hero classes. Unlike other esports, where competition is fast and frantic, Hearthstone’s competitors take turns playing cards (either minions on the game board, which you use to attack the other player, or spells, which you use to attack minions or players — or make things better for your own cards). It’s been one of the most popular games on the Twitch livestreaming service, and it’s in its second official season of competition. And with the market on-pace to grow 52 percent this year to $493 million, according to an estimate from market research firm Newzoo, esports is grabbing the attention of gamers, sponsors, and investors.

While you’re waiting to witness the conclusion of the summer season, here’s a behind-the-scenes look at the lives of two of the competitors playing on the big stage for the first time.

Who are they? Alex Barhorst is a recent journalism graduate of Michigan State University, and he has since gone on to work for MSU as a communications coordinator. He says that — for now — Hearthstone is just a hobby, something he does to pass the time. “Unlike some of my competitors,” he says, “I’m not a full-time professional gamer, I suppose, nor am I one of the college students. I kind of have a different perspective, background, and lifestyle than many of the other folks.”

He goes on to explain that he’s focused on a number of other major factors in his life: a job at MSU now that he’s done his degree, his recent engagement, and a new canine companion. “I’ve kind of got both halves of my life going on,” he says. “Hearthstone is primarily a hobby, and it’s a way that I spend my free time — and I try to balance having a fiancée, being in a committed relationship, etc., balanced with the sheer number of hours you have to put into esports to compete at this level.”

Barhorst played these decks in the preliminaries:

That work/life balance is something that’s definitely on Barhorst’s mind right now. “If I do end up winning this tournament, I would like to try streaming,” he adds. He thinks the Americas Summer Championship is a big opportunity to get his name out there, and that he could use the tournament — and the prize money — as a platform to do more with esports. “I have a journalism degree, and I’d like to get into writing about the Hearthstone scene.”

Their Hearthstone history: Unlike many of the big names in Hearthstone — or even the other up-and-coming players competing in HCT — Abar hasn’t got a lengthy Hearthstone career to point to. He can’t point to when he started as a pro, though he mentions that “I haven’t even been playing this game for a whole year yet.”

“A lot of the people who are established and compete at a high level have been playing since the game came out, and that just is not my story,” Barhorst said. “When I got into the game — it’s funny, because it really wasn’t that long ago where I could remember being daunted by how anyone could climb to Legend. Now, I want to get the climb to Legend out of the way in the first three days of the season.”

Hearthstone isn’t Barhorst’s first card game. He does have a little background in Magic: The Gathering. Something about that experience must have stuck, because he exploded into success in the HCT after only learning it existed back in the spring. He qualified to compete this weekend strictly on the back of his impressive ladder finishes. “I was grinding for top 100, top 50 ladder finishes multiple times. I qualified with one top 100 finish and one top 50 finish.”

Despite all of that, Barhorst says he doesn’t think of himself as a good player yet.

Competing at the highest level: Looking beyond the Americas Summer Championship, Barhorst has ambitions to continue to improve his play, and he shared some thoughts on exactly what separates the world’s best players from the rest. “There are aspects of Hearthstone where if you do something the right way, it might only pay off in one game out of 100,” he argues. “When that one little nuance that you picked up on pays off, because you paid attention to the details, those are some of the things that separate the average player from the player that can compete.”

“One of the things about me that has made me successful is that I’m still super enthusiastic about Hearthstone.” Barhorst’s demeanor changes slightly as he prepares to share a potentially unpopular sentiment. “There are a lot of players who get frustrated by RNG [randomness] — I do, too, but they lose perspective on the aspects of the game that you can control. I try not to let the aspects of the game I can’t control distract me. I focus on what’s under my control.”