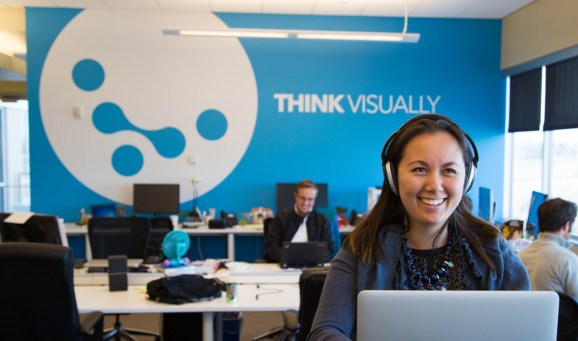 Visual design software startup Lucid Software has raised $36 million in a Series B round from Spectrum Equity.

Founded in 2010, Salt Lake City-based Lucid serves up two core cloud-based enterprise products — Lucidchart, a Microsoft Visio-style diagramming app that’s used for wireframing, UI prototyping, and the like; and Lucidpress, a drag-and-drop design program for creating print and digital publications. The company says that its products have been adopted by more than 8 million users, with “hundreds of thousands” of paying subscribers globally. It counts some big-name customers, including Netflix, Uber, Ford, Box, and Spotify.

The programs follow a familiar freemium model, with non-paying users facing restrictions, such as page limits and low storage caps, and pricing tiers ranging from around $5 all the way up to $125 per month for full-featured access.

“With our freemium model, we enabled millions of users to experience Lucid’s products before hiring our first sales representative,” explained Karl Sun, cofounder and CEO of Lucid. “Over the last 18 months, we’ve developed our internal sales and customer success teams to accommodate the incredible demand from these grassroots champions, many of whom work in the world’s most successful companies.”

Prior to this latest round, Lucid had only raised around $6 million, including a $5 million round back in 2014 and a $1 million seed round three years earlier that drew in some notable investors, including Google Ventures (GV). This latest cash injection will be used to expedite the growth of Lucid’s respective products within the enterprise.

Lucid’s competitors are plentiful, with big-name brands such as Microsoft and Adobe having served companies well for years, but Lucid claims that the intuitive nature of its tools, coupled with the fact that they were built entirely with enterprise security and collaboration in mind, sets its offering apart. Lucid’s apps integrate directly with Google Apps, Microsoft Office 365, JIRA, Confluence, Box, and Slack.

Spectrum Equity is a notable investor, with a portfolio that includes other business-focused design tools, such as Prezi. Lynda.com, SurveyMonkey, and GrubHub are also under its wing.

As a result of its latest investment, Spectrum Equity’s managing director, Ben Spero, and vice president, Ethan Choi, will join the Lucid board.