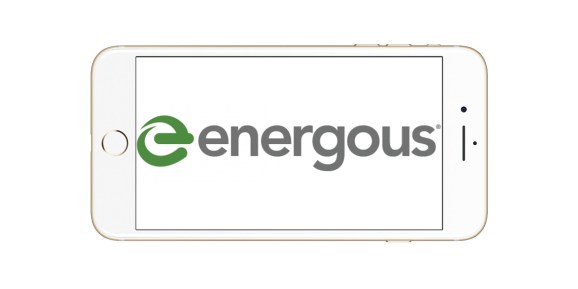 Previously overlooked regulatory filings point to a partnership between Apple and wireless charging technology company Energous dating back to 2014.

Earlier this year, Bloomberg reported that Apple was exploring the possibility of including a novel form of wireless charging in upcoming iPhones, one that works at a distance and doesn’t require contact between device and power source. An analyst at Disruptive Tech Research (DTR) followed up by providing clues that Apple was working with Nasdaq-listed Energous to employ its WattUp technology for that very purpose. But neither company has been forthcoming about their relationship.

Energous has publicly acknowledged that it had a development agreement with a major customer, telling EE Times that it’s “one of the top five consumer electronics companies.” Out of Apple, Samsung, HP, Microsoft, and Hitachi, DTR analyst Louis Basenese argues that only Apple meets all of the criteria necessary to be the partner in question.

Whenever Energous embarks on a public offering of stock shares, it issues a prospectus to investors, which includes pertinent financial and operational information about the company and its business. It’s a densely written document dozens of pages long, including seven pages devoted to a description of its technology, business strategy, competition, and more.

At the end of this section is a subsection entitled Industry Certifications, and along with the expected listings like Underwriters Laboratory and FCC approval, is a final, curious inclusion: Apple compliance testing. Apple is the only company singled out in a list that otherwise contains industry-wide and legally required certifications.

The conclusion here is obvious: the WattUp reference design would only undergo compliance testing at Apple if Apple is evaluating its use in one of its portable devices. And the fact that Energous names the company so nonchalantly and unambiguously seems to be suggestive of a well-formed relationship between the two.

Energous’ allusions to Apple began in March 2014, when the company kicked off the process to going public with its S-1 filing. The reference suggests that Apple and Energous were working together prior to that, in some fashion.

Energous is immature as a public company. Founded in 2012, Energous disclosed in its 2014 S-1 filing that it had just eight employees and that it had not generated a single dollar of revenue. It characterized itself as “a development stage technology company” and designated itself as an Emerging Growth Company under the 2012 Jumpstart Our Business Startups (JOBS) Act. If Energous didn’t raise money through an IPO, the company said, it would run out of cash. It ended up raising more than $24 million from the deal, and it received $21 million through a secondary offering.

Apple is known to have been exploring wireless charging for years now, as evidenced by multiple patent applications published by the U.S. Patent and Trademark Office. The best on-the-record rationale for its refusal to implement it yet was espoused back in 2012 by Senior VP Phil Schiller, in an interview with AllThingsD upon the launch of the iPhone 5.

When asked why that handset didn’t include a technology already gaining prominence in Android and Windows Phone devices, Schiller replied that “having to create another device you have to plug into the wall is actually, for most situations, more complicated.” In other words, Apple’s philosophy seems to be that current wireless charging solutions merely substitute one plugged-in device for another.

Energous’ technology involves more than just a charging mat to lay devices on top of. The company’s transmitter broadcasts proprietary waveforms directly to receivers and then surrounds those receivers with a radio frequency “pocket” that charges devices. The signals can travel up to 15 feet, and up to 12 devices can be charged at once. Energous thinks its receivers will be incorporated into consumer devices. Through a mobile app, users will be able to specify when an Energous transmitter charges devices and how much power each device should get.

iPhone loyalists were given a stark reminder of Apple’s conservative approach to adopting new technologies last week, when the iPhone 7 debuted without an option for wireless charging, despite rumors indicating that it was a possibility.

Apple and Energous representatives did not immediately respond to requests for comment.

Energous is the developer of WattUp – a wire-free charging technology that will be licensed to companies to embed within consumer products. The SEC filing statement from 2014 blankets any future anticipated testing and is not indicative of specific partners.