Where, oh where, have the console games gone?

GamesBeat has partnered with iSpot.tv, which measures TV advertising in real time, to bring you a monthly report on how gaming brands are spending. The results below are for the top five spending gaming industry brands in August. 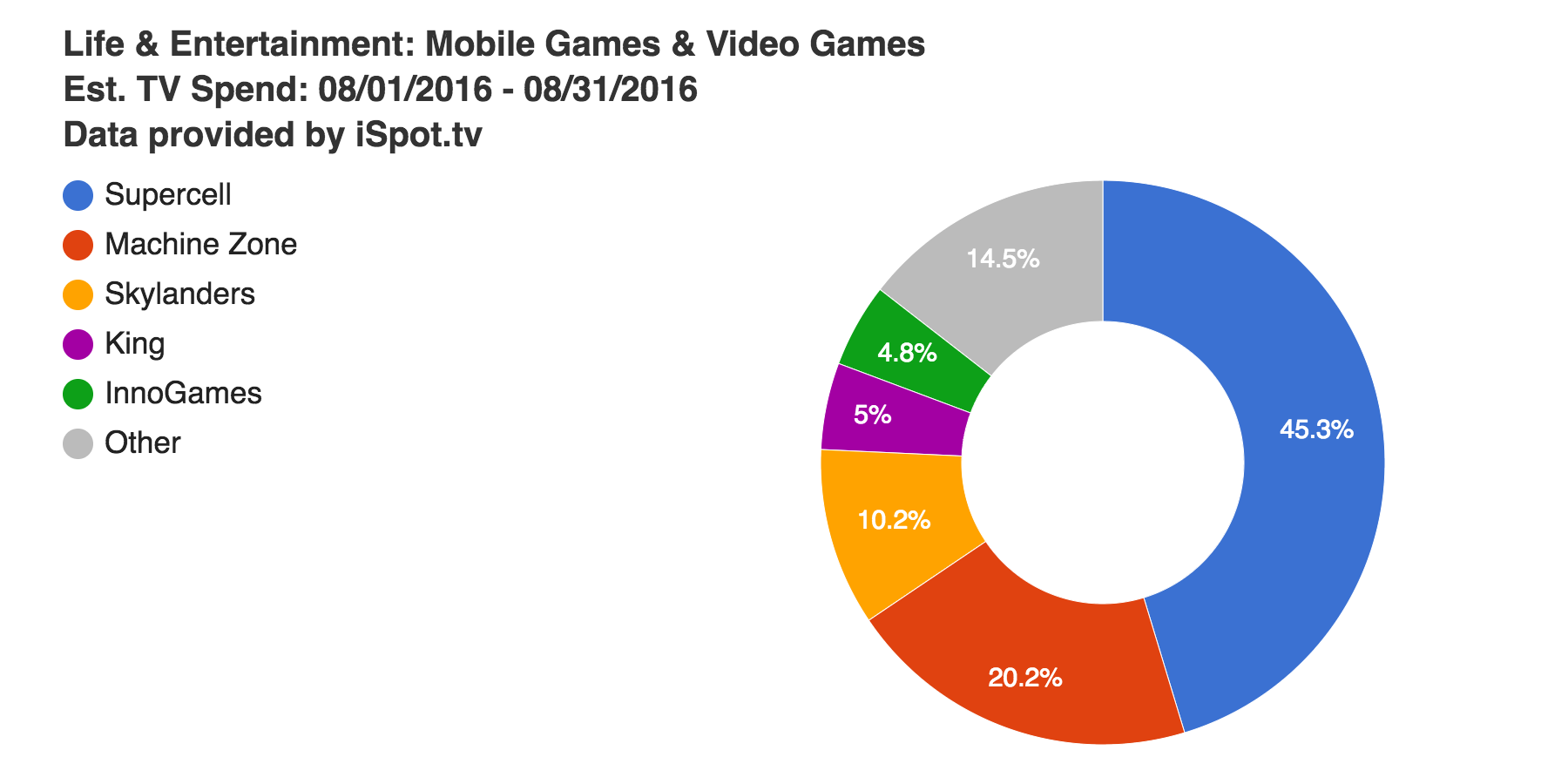 Picking back up the pace as summer races to a close, the gaming industry jumped up its budget for TV advertising in August with an extra $4 million worth of gaming ads flooding your TV sets vs. July. In total, 21 brands ran 64 spots nearly 12,667 times in August, for a total estimated spend of $27.2 million. Although mainly populated with familiar players, joining the ranks for the first time this month is Activision’s toy-to-life brand Skylanders.

Accounting for nearly half of the industry’s total estimated spend, Supercell once again leads the pack in terms of spending. The brand spent $12.3 million running seven ads 714 times in August, racking up an impressive 195 million TV ad impressions. The brand prioritized this spend toward airings during the Olympics, NFL preseason football and boxing. Supercell’s ads were viewed, on average, 96.36 percent of the way through.

Machine Zone closed the month accounting for over one-fifth of the industry’s spend, running five ads a whopping 4,184 times on national TV. These airings racked up a bill totaling an estimated $5.5 million and generated 154.3 million impressions. The brand ran most often during NHL Tonight, Quick Pitch and syndicated Everybody Hates Chris reruns.

Although it’s been spending sporadically throughout the year, Skylanders picked up the pace in a big way in August, running two ads 1,696 times on national TV for a total estimated spend of $2.8 million. That’s over half of the brand’s entire spend for 2016 so far. Though the brand is no stranger to TV, this increase came around the brand’s partnership with General Mills and advertised the availability of the game’s Battlecast cards inside select cereal boxes. Skylanders ran most notably during SpongeBob SquarePants; Nicky, Ricky, Dicky & Dawn; and the Loud House.