By the end of 2019, it’s estimated there will be more than 2.9 billion email users worldwide and 246 billion emails sent and received per day (up from 205 billion messages in 2015). Since we’re already inundated by daily emails, it’s easy to see this as a prime opportunity for alternative messaging solutions, such as Facebook Messenger, Slack, Yammer, Hipchat, Kik, or Google Hangouts. But with all the speculation about the next “email killer,” the truth is it hasn’t been invented yet — this decades-old form of communication is still relevant.

Email started out as a simple way for people to send messages to each other. But as our inboxes have gotten increasingly cluttered with jokes, work-related emails, and promotions, we’ve become frustrated to the point that “email bankruptcy” has become part of our lexicon, and we boast about hitting “inbox zero.”

We bemoan that companies such as Yahoo, Google, and Microsoft aren’t doing much to advance email, but the process is more complicated than most people realize. And while we celebrate apps that hit 1 billion monthly active users or extend into new areas of our lives, they are largely tied into our email addresses — that unique identifier that connects us to all of our services — and thus email’s grip on the industry isn’t loosening anytime soon.

There’s a feeling that email isn’t hip anymore, that it’s an old person’s technology. The results of an online survey last year indicated that 52 percent of respondents between the ages of 21 and 40 talk to friends by email, a number far lower than Facebook usage (69 percent), texting (83 percent), and phone calls (61 percent). However, for those over the age of 41, email was the preferred method of communication, at 91 percent. 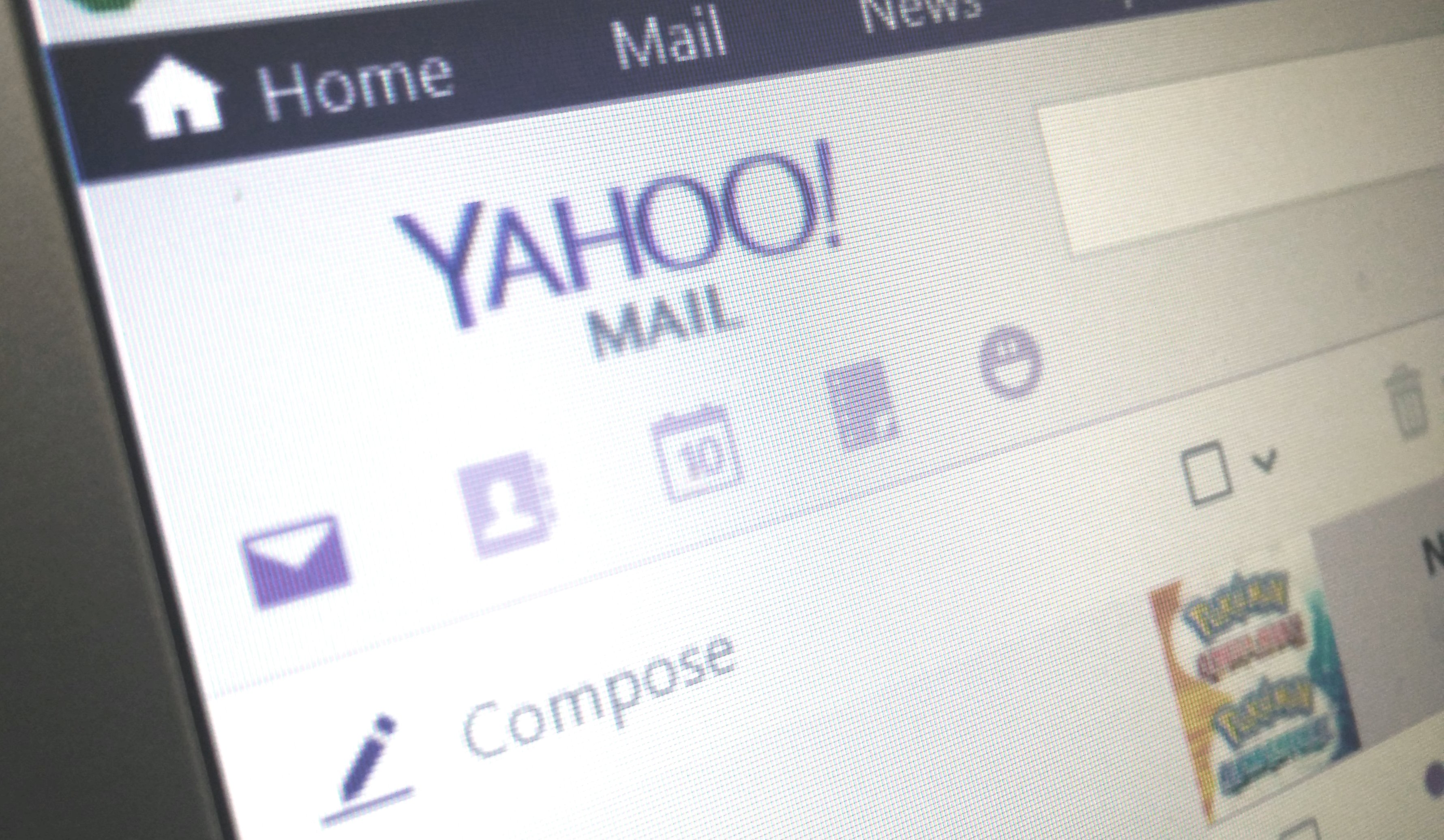 It’s true that communication has rapidly evolved away from email to texting and instant messaging. But there are some who strongly believe all the talk about email being dead is blown out of proportion.

“The problem with messaging is that it’s an immature system,” said Jeff Bonforte, Yahoo’s senior vice president for communications products, who joined following the acquisition of his company Xobni in 2013. He oversees the development of not only the email service — made up of 280 million accounts — but also the company’s messaging app. “Your [email] inbox is the only publicly accessible universal identity system that works across all systems and is a database that [people] can take anywhere.”

As one of the oldest platforms in the market today, Yahoo is acutely aware of people’s perceptions of email. For more than 18 years, the company has been working to not only make sure emails are received but to ensure that we’re not inundated by things that don’t matter. Today, inboxes are congested with messages that need our attention, forcing us to spend countless minutes or hours wading through the chaos before we can work on what’s important. “I can understand the pressure, and the feeling that an inbox [is] overwhelming,” Bonforte acknowledged. 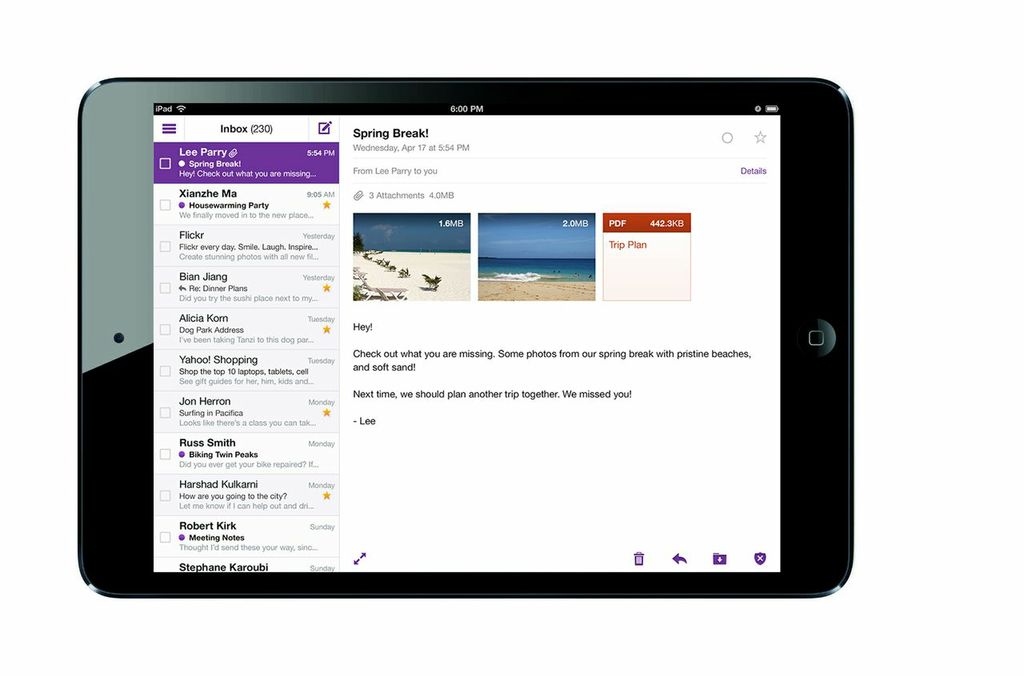 He thinks that the inbox is about to undergo a renaissance that revolves around the identity standard Bonforte believes will continue to keep email relevant. Decades ago, our names were the unique identifier for records, but that evolved to include phone numbers. As technology continued to evolve and we saw the introduction of social networks, apps, and other programs, the common denominator has been the email address. With that in mind, Yahoo is using email as the foundation to apply services like anti-spam and anti-phishing technology, identity management, and other useful tools.

At the same time, email is not without problems, and Bonforte’s team has been working on improvements to Yahoo’s services. He recognizes that a number of issues need to be addressed, such as further reducing spam and greatly improving search capabilities.

“Computers are good at remembering and managing databases, but it’s our job to add to the recall. Don’t tell me I have a flight coming up, but tell me I could get a better seat, there’s a more efficient way, or that my wife is included on the travel plans,” Bonforte said.

In order to adjust to changing customer demands, he said that Yahoo has to be thinking ahead by a year or two: “The inbox is the database to the user. It should know the temperature, location, when you were at a certain place, etc. The inbox should be consuming 10 times the data and context for later recall and rebuilding the moment [the customer] needs. We’re just scratching the surface [in terms of search].”

As our inboxes have become cluttered with messages and files, the key to bringing back some sanity lies with how a provider utilizes search.

Peter Monaco, Yahoo’s former vice president of engineering, shared a philosophy in which every object in an email is part of a communication graph, allowing individual pieces to be dissected, examined, and parsed. Under his watch, the company shifted away from a vision of mail as a single facet and instead began looking at people, mail, documents, photos, purchases, travel, and other assorted factors in an inbox.

Indexing everything in your inbox is a task easier said than done. Monaco explained that Yahoo’s original goal was to get the message delivered. Now it’s evolving the system to not only comprehend the message but to evaluate all the individual components. Massive amounts of machine learning have gone into determining what can be parsed. The company implemented a data review project to look at statistics across all email addresses to train the system on how to organize things. The size of this contextual information database is currently over 50 petabytes, and Yahoo said it’ll take two more years to complete the project. But Monaco said that some users are already benefiting from the research.

The task is made more complicated by the fact that Yahoo isn’t looking just at photos and videos that are included in emails, it is also examining web links, purchases you’ve made, receipts, contacts, messages, and anything else that might be used to surface information at the right time. This isn’t something that any startup can easily launch, either: “You have to be an internet-scale company,” Monaco said, as companies can’t rely on off-the-shelf technology to make this happen. Though excited about the possibility of applying machine learning to email search, Yahoo can also extend this to other connected services, such as Flickr, Dropbox, Google Drive, and Amazon Cloud, eventually indexing all the files and incorporating them into search results to further simplify the discovery process.

Yahoo wants the process to be easy for the user, which means not forcing usage of its advanced search feature. In fact, the company believes that users should be able to find the information they want with just one keyword.