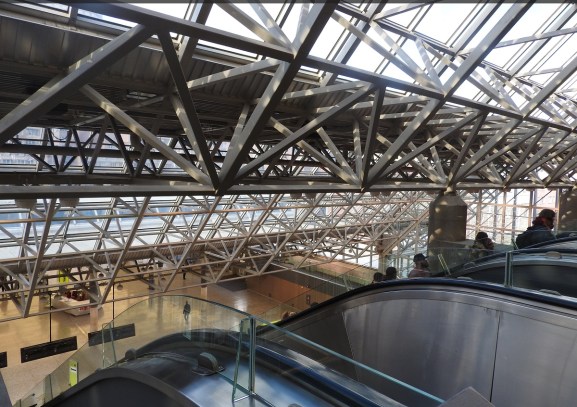 MIGS 15 venue at the Palais des congrès in Montreal.

Video game industry lawyers will converge on Montreal in November to discuss legal issues such as privacy, esports regulations, and fair use rights for augmented reality and virtual reality.

The Video Game Bar Association (VGBA) will hold a one-day Canadian Summit as part of the Montreal International Game Summit (MIGS) 2016 event on November 14. I attended the event last year and was impressed with the breadth of topics discussed.

MIGS runs November 13 to November 15 at the Palais des Congres in Montreal.

“With their instantaneous reach and popularity, creators today face greater complexities in marketing their games across many borders. The VGBA membership believed it was appropriate to address the local ramifications of these global issues as a group,” said Joseph Olin, executive director of the VGBA, in a statement.

In an email, Olin said privacy laws are a big challenge because they differ in territories on issues such as data protection, data access, what level of data collection is allowed, and other matters. He also said the fair use of copyrights within AR/VR experiences and games is a Wild West area, and esports will have a lot of debates over topics such as fair play, regulation of leagues, and rules for players.

“The desire to offer a forum for our Canadian members and colleagues has been a goal since our inception and whose time has arrived,” said Patrick Sweeney, VGBA cofounder and president, in a statement.

“We are very happy to host the VGBA Legal Affairs and Games Summit at MIGS 2016,” said Serge landry, MIGS event director, in a statement. “Montreal is home to more than 230 studios and has one of the most vibrant video game industries in the world. We believe that MIGS is the right venue to discuss Canada’s perspective on all things business of this industry – including the importance of legal issues that come into play.”