The company is also announcing the formation of Salesforce Research, a unit that will do research in deep learning, natural language processing, and computer vision that can be used to improve Salesforce products. The unit is led by Salesforce chief scientist Richard Socher, formerly cofounder and chief executive of A.I. startup MetaMind, which Salesforce acquired earlier this year. In a press briefing in San Francisco this week, Socher declined to say how many people were part of the team, although he did say that some of Salesforce’s 175 data scientists have joined the newly organized division. 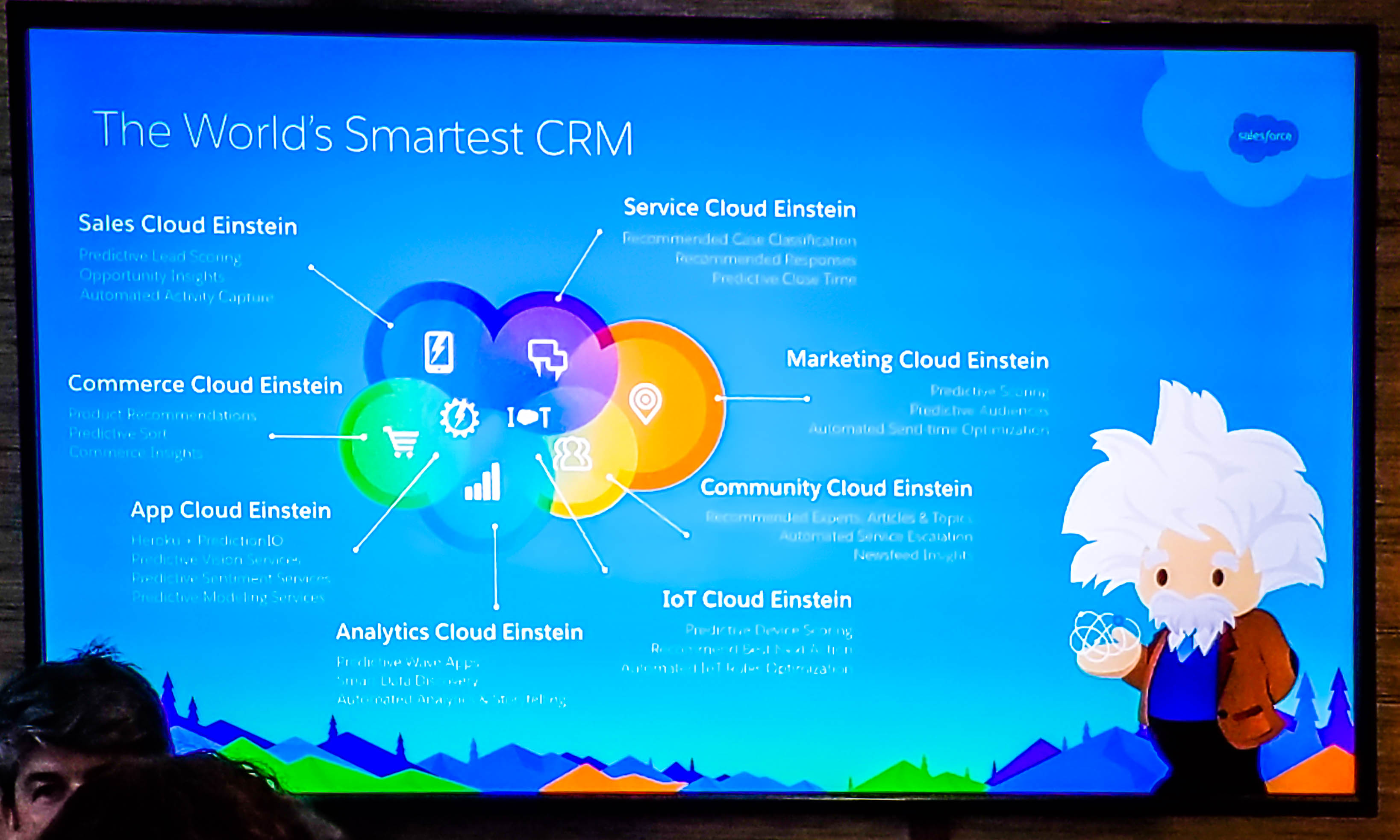 The product enhancements will have an impact on Salesforce’s direct competitors. But the research unit’s establishment will put Salesforce closer to Facebook, Google, and Microsoft when it comes to A.I. development. Salesforce does have lots of data, and that’s an important raw material for developing, testing, and running A.I. Salesforce is taking that advantage and providing services that work intelligently without complex configuration, as well as providing new predictive vision, sentiment, and modeling services that third-party developers can add to their own apps.

As for Einstein’s initial integrations, they are meant to assist, rather than replace, sales, service, and marketing employees who use Salesforce. These integrations include Sales Cloud recommendations about which companies and people to reach out to based on predictive lead scoring, Marketing Cloud image search of social feeds using image recognition, a personalized arrangement of products for consumers to see on shopping websites through Commerce Cloud, and even suggested responses for tickets in Service Cloud. 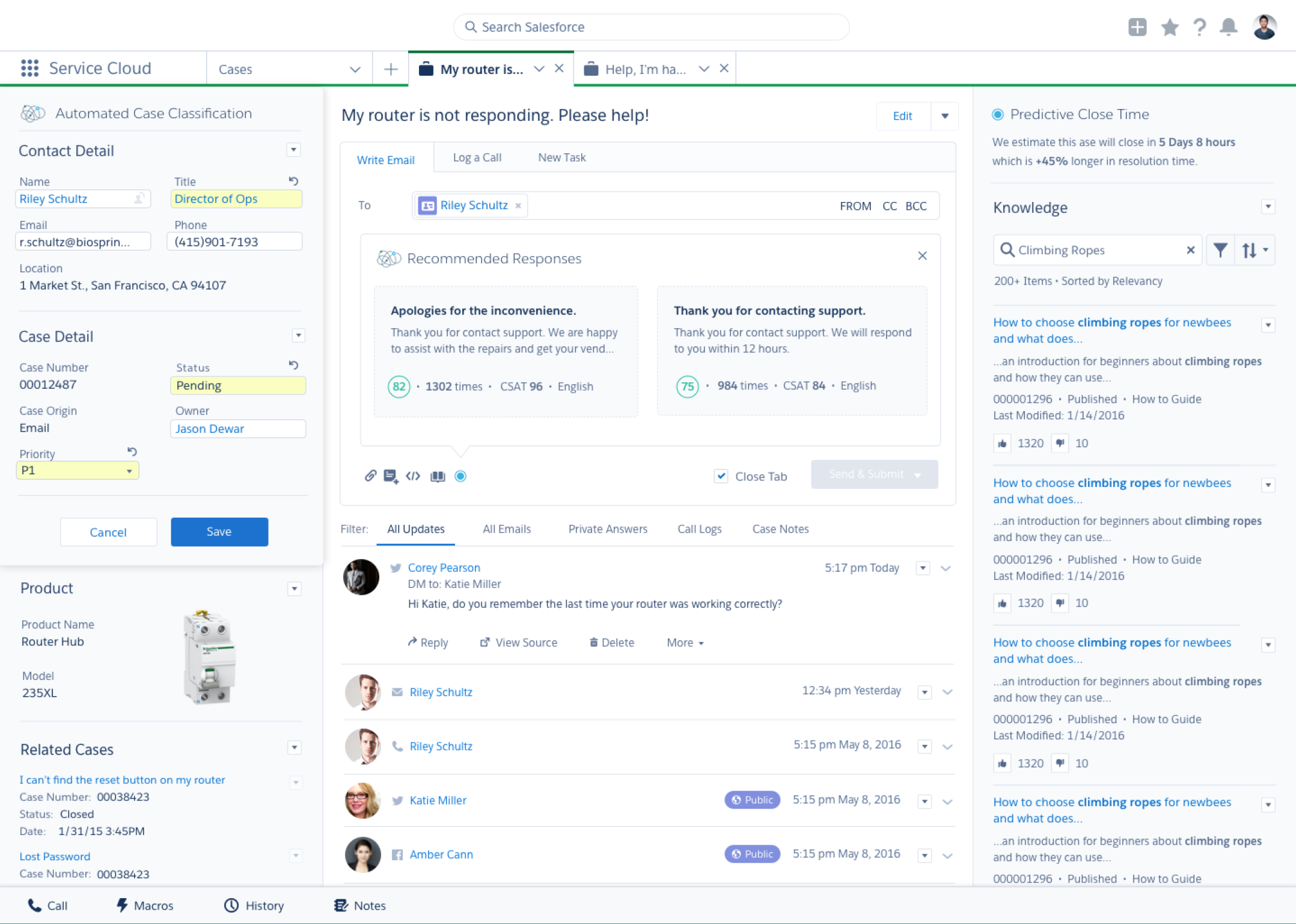 Above: Einstein in Salesforce Service Cloud.

“I think you can very completely measure difference between someone who’s using it and someone who’s not using it,” John Ball, general manager of Salesforce Einstein, told reporters during the briefing.

Salesforce is tapping many data sources for Einstein, including the content in emails, calendar events, tweets, Chatter activity, and, of course, customer data. Companies’ proprietary data is not shared with other companies, Ball said.