As Samsung continues to lick its wounds in the aftermath of the Galaxy Note7 debacle that led to the recall of millions of devices due to a faulty battery, the Korean electronics giant is introducing measures to ensure consumers know whether they have one of the upgraded “safe” units or one of the older ones.

Introduced in early August, the new addition to the Galaxy-branded family of phablets was met with positive reviews, but reports began to surface in early September that some customers had encountered faulty batteries that caused their device to catch fire. The issue gained widespread attention when YouTuber Ariel Gonzalez uploaded this video:

Samsung announced earlier this month that it was recalling more than two million Galaxy Note7 devices due to a growing number of similar reports, and the company revealed last week that it would replace all Galaxy Note7s in the U.S. by no later than September 21. Tim Baxter, president and chief operating officer of Samsung Electronics America, issued this apology:

With battery cell defects in some of our Note7 phones, we did not meet the standard of excellence that you expect and deserve. For that, we apologize. Especially to those who were personally affected.

However, it’s likely there could still be older versions of the device on the market, which is partly why Samsung is making some changes to the software and the packaging so people know which version they have.

A new green battery icon, visible in the status bar at the top, on the power-off screen, and on the lock screen, will help customers confirm that they have the new Galaxy Note7. Additionally, there is a now a square icon on the barcode section of the box. 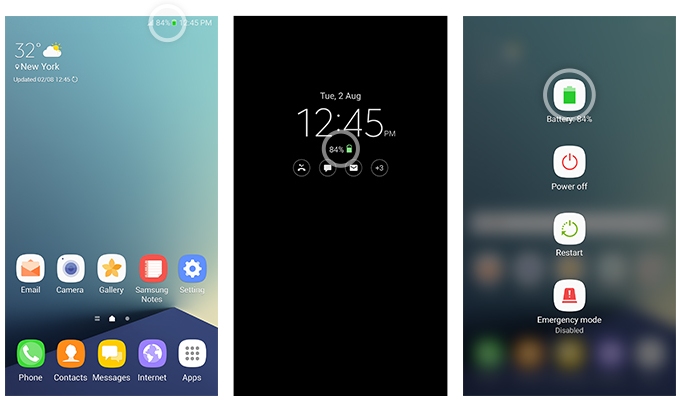 So if you’ve previously bought one of these devices and missed the brouhaha regarding the exploding batteries, or if you’ve maybe bought one second-hand, you’ll now be able to tell immediately whether it’s one of the faulty devices or one of the new ones.