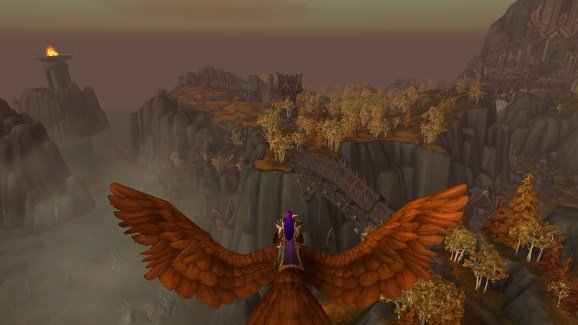 Every zone is lovingly designed, but the graphic improvements are just part of the overall polish of Legion.

Warcraft has as much a problem with cyberattackers as it does with demons.

Blizzard’s games are currently experiences problems because of another distributed denial-of-service cyberattack (DDoS), which is impacting players’ ability to launch and have stable connections to games like Overwatch and World of Warcraft. This is the fourth DDoS to affect Battle.net, Blizzard’s game client, in the last couple of weeks.

Blizzard alerted players to the problem inside Battle.net and on Twitter.

[#Bnet] We are currently monitoring a DDOS attack against network providers which is affecting latency/connections to our games.

These attacks started shortly after Blizzard launched the latest expansion for its online role-playing game World of Warcraft, Legion, late last month. Many of Blizzard’s games depend on online components, including WoW, Overwatch, Hearthstone: Heroes of Warcraft, StarCraft II, and Heroes of the Storm.

Update: Battle.net is working again, according to Blizzard.