Scaling dramatically impacted my investment in story, because I never outleveled a zone before I was done with the stories there. It also allowed me to join up with a much wider array of players than I had before. I haven’t met and befriended so many random people since WoW originally launched, and nearly all of them were different levels than I was. 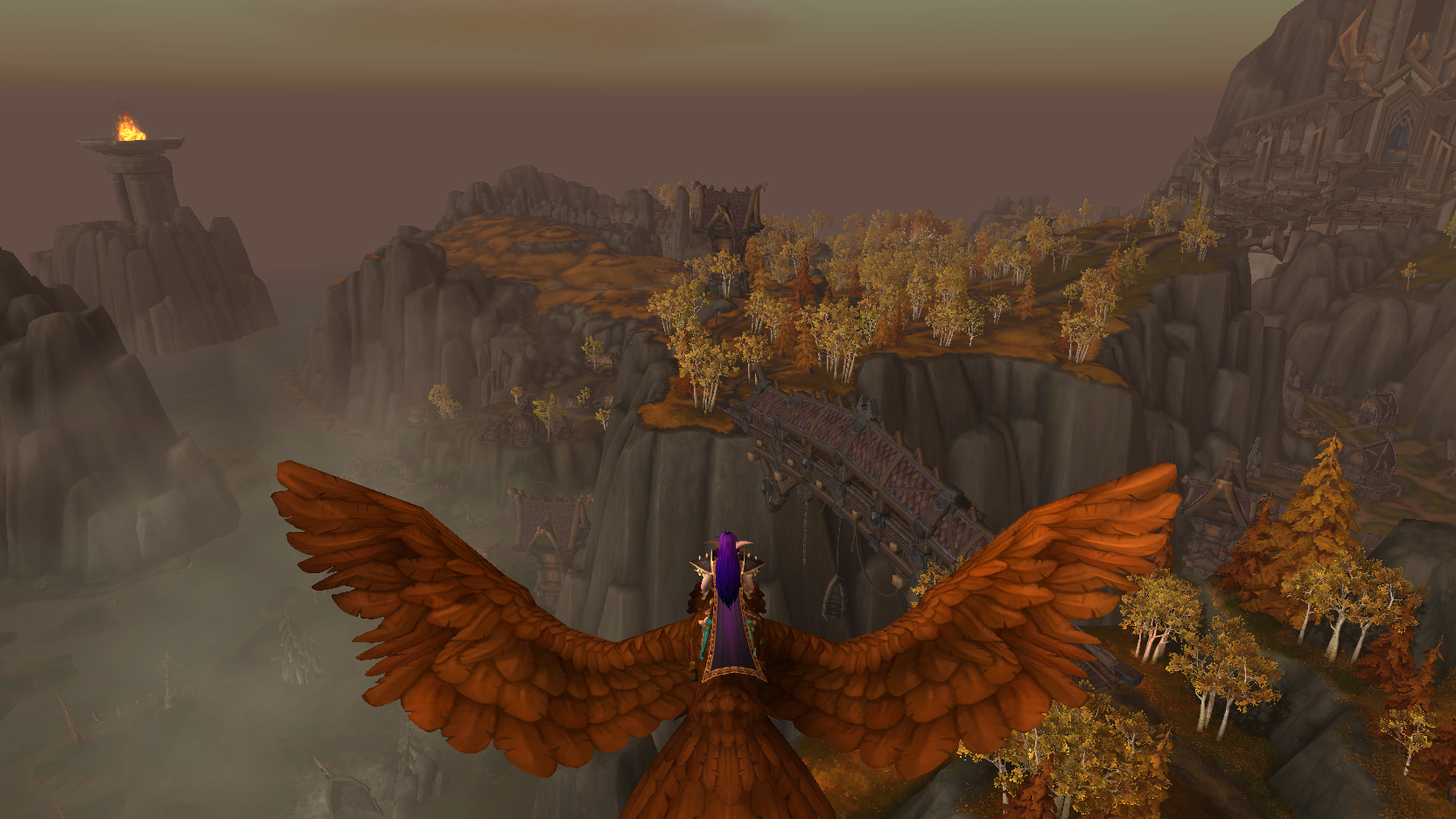 Above: Every zone is lovingly designed, but the graphic improvements are just part of the overall polish of Legion.

Legion brought massive changes to every player system in the game. Talents are streamlined, spell-improving glyphs are largely gone, professions work on a rank system fueled by quests, player-versus-player is all but unrecognizable with talents and PvE-style gear, and artifact weapons offer both the power to change the game and an alternate talent system.

World quests pop up throughout the landscape every few hours, offering max-level players more than 400 different things to do involving reputations, gear, professions, and PvP. Ten dungeons offer unique encounters — including one that truly feels like an open outdoor landscape from the game world itself — and, for those ready for more, ratings that let you run them faster or with more difficulty each time.

Not everything was perfectly balanced (more on that in a bit), but the overall result offers a challenging list of things to do and mechanics with which to do them. It still feels like Warcraft, and if you hated the game in 2004 (or 2006, or 2008), you probably won’t like it today, either.

But if you’re one of the many that’s lost interest since those peak years … welcome back. WoW feels more efficient, but it’s not dumbed down. If you’re a high level player, you have more challenging things to do. If you’re a beginning player or have less time to spend, you’ll have an easier time getting into the swing of things. Plus, raiding is no longer required. 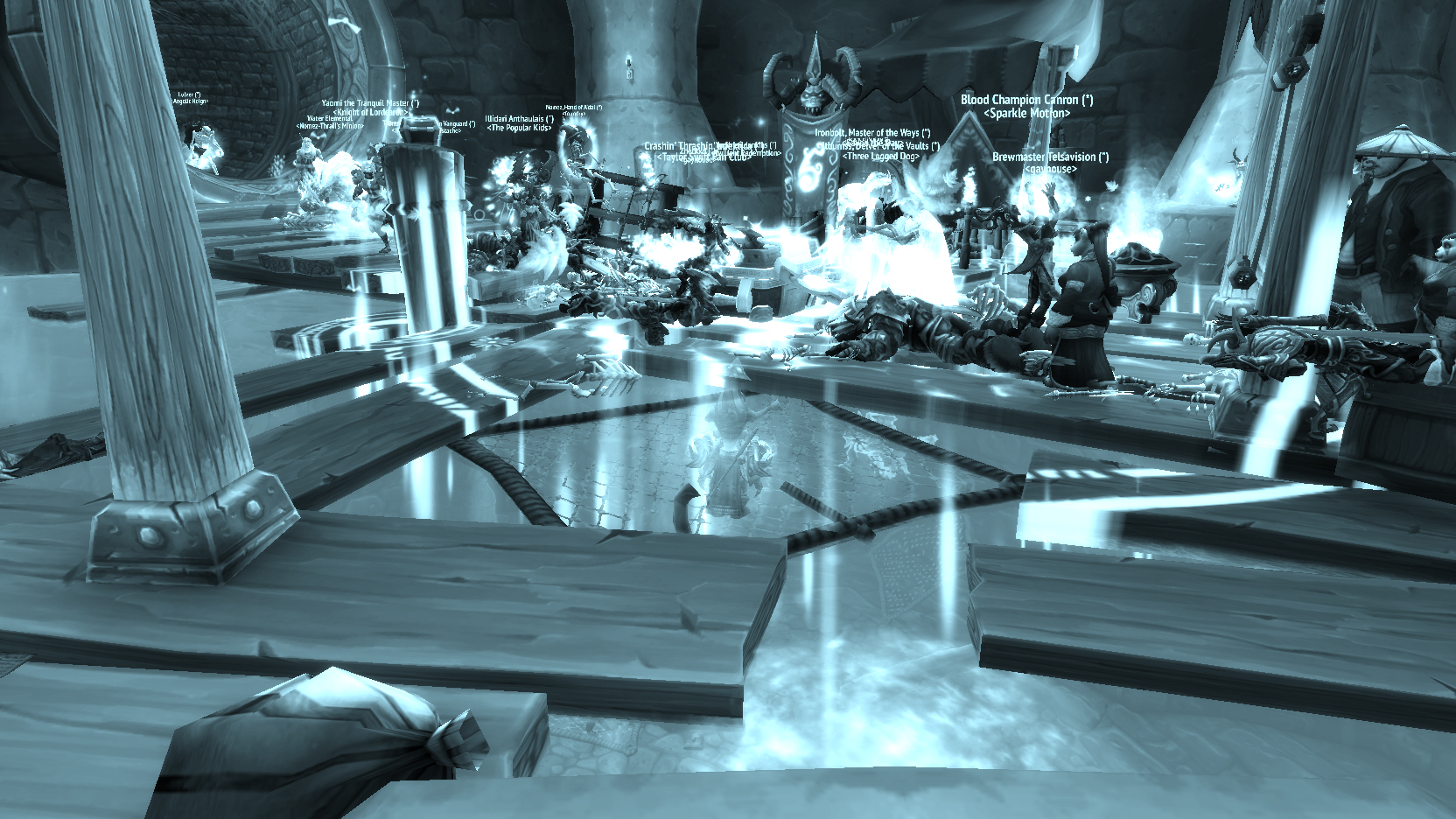 Above: The Dalaran Sewers are an open free-for-all PvP zone right in the middle of town. They’re always hopping. (Shown in black and white because I was so very dead.)

Every time I turn around in this game, something surprises or delights me. A flight whistle, once you reach Friendly reputation status with all the new factions in the world and open up your world quests, summons a ride from anywhere in the world to the nearest flight point. It’s unbelievably convenient, and means I haven’t missed flying too much (flying will be back later, and of course I’m working on it — one of the millions of things to do).

The tool tips on items this time around are frequently hilarious, so I’ve started reading them again. Quests have little twists and turns you wouldn’t expect, and even straightforward adventures offer some knowing winks and fun asides. Complete a particularly dramatic step in one quest, for example, and you’ll find yourself in the first aid headquarters in the capital city of Dalaran — sharing bunk space with a sea lion, who turns out to be a druid who can’t figure out how to shapeshift back.

Characters from previous expansions reappear, in some cases all grown up now, to lend you a hand. As you work your way through your class quest, you take on titles previously only available to the most powerful NPCs — and get the respect you deserve. In my all-flowers-and-trees druidic Dreamgrove, for example, bouncing Laughing Sister dryads say “Everything’s fine in the forest, Archdruid!” as I run by, surrounded by the other über-druids on my server. One of the bosses in one of the dungeons, also a druid, tells the whole party as we fight that even the “great and powerful druid” they brought with the “amazing restorative powers” won’t help them win. 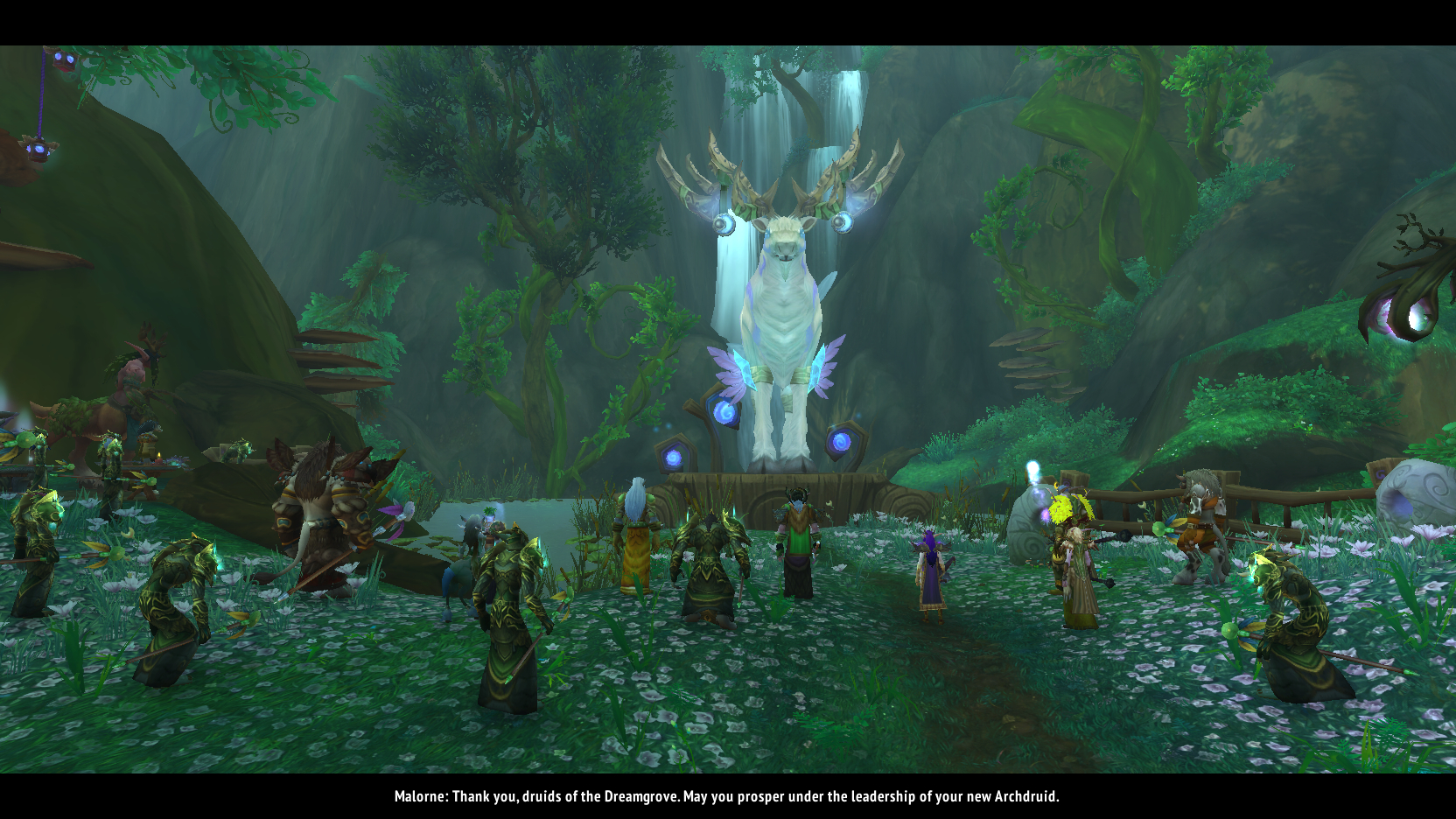 Above: Yeah, this new Archdruid sounds great! Oh … that’s me.

Class questlines and the class halls vary in how epic they feel — my druid’s was amazing, despite the relatively obscure artifact weapons I’ve been given to wield, as were my hunter’s and death knight’s; the mage and shaman (surprisingly, given that she earned the lore-heavy Doomhammer), not so much. But all the stories offer detail and a wide variety of objectives that will take you all over the game world, not just the Broken Isles.

PvPers will notice the many facets of the new free-for-all area in Dalaran’s sewers; they have become hugely popular with players. Not only do they offer terrific drop-in battles, but they also have rare monsters and player-spawned creatures and buffs that change the tide of combat.

Legion doesn’t succeed just because it offers an incredibly deep well of content. It succeeds because of the high polish on everything, from character design down to the humblest textures and dialogue lines. Legion feels like Blizzard gathered a huge group of developers and instructed each of them to take a small snippet of the game and make it perfect. It’s that good. 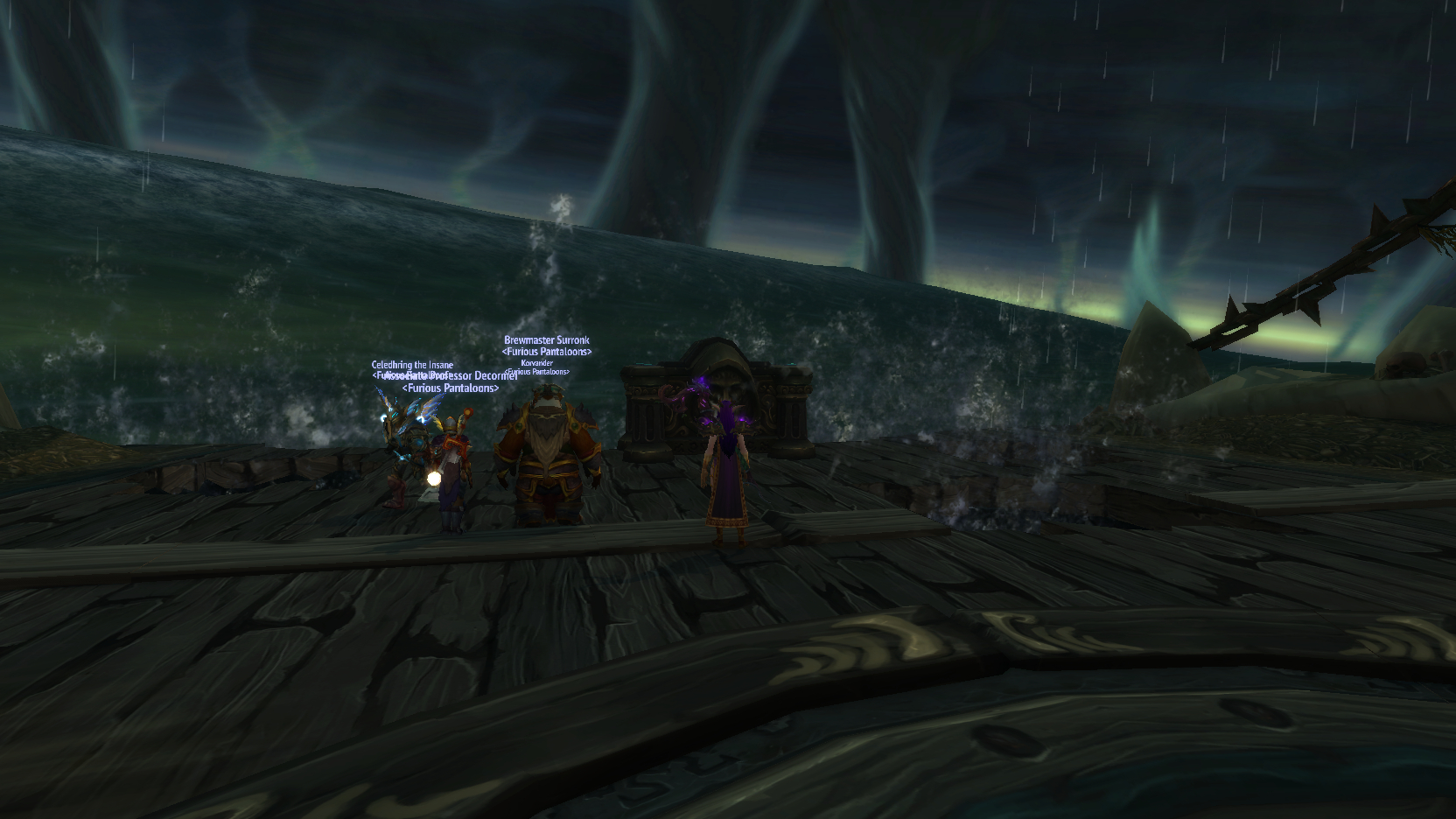 Above: I’m on a boat! This dungeon ends with a fight on deck of what feels like a storm-tossed ship.

Normally on a new Warcraft expansion I’d spend most of my time chatting about the new class available; this time, they’re just one strong facet of a complex Legion gem.