Demon hunters launched as the new leather-wearing melee-class darlings this expansion, and I found them a hoot to play. Highly mobile, they offer a unique double-jump-and-glide movement style that rapidly becomes addicting. Demon hunter damage-dealers even zip in and out of the melee combat area during their rotation, making them fun to watch, and they’re beasts to play (or to stack up against in PvP).

As tanks, they’re overpowered, with what feels like a million ways to self-heal and abilities that make it easy to get around a dungeon room. If you were playing when Blizzard released death knights at the beginning of the Wrath of the Lich King expansion and remember how good that class felt then, demon hunters will evoke some fond memories. Just add wings. 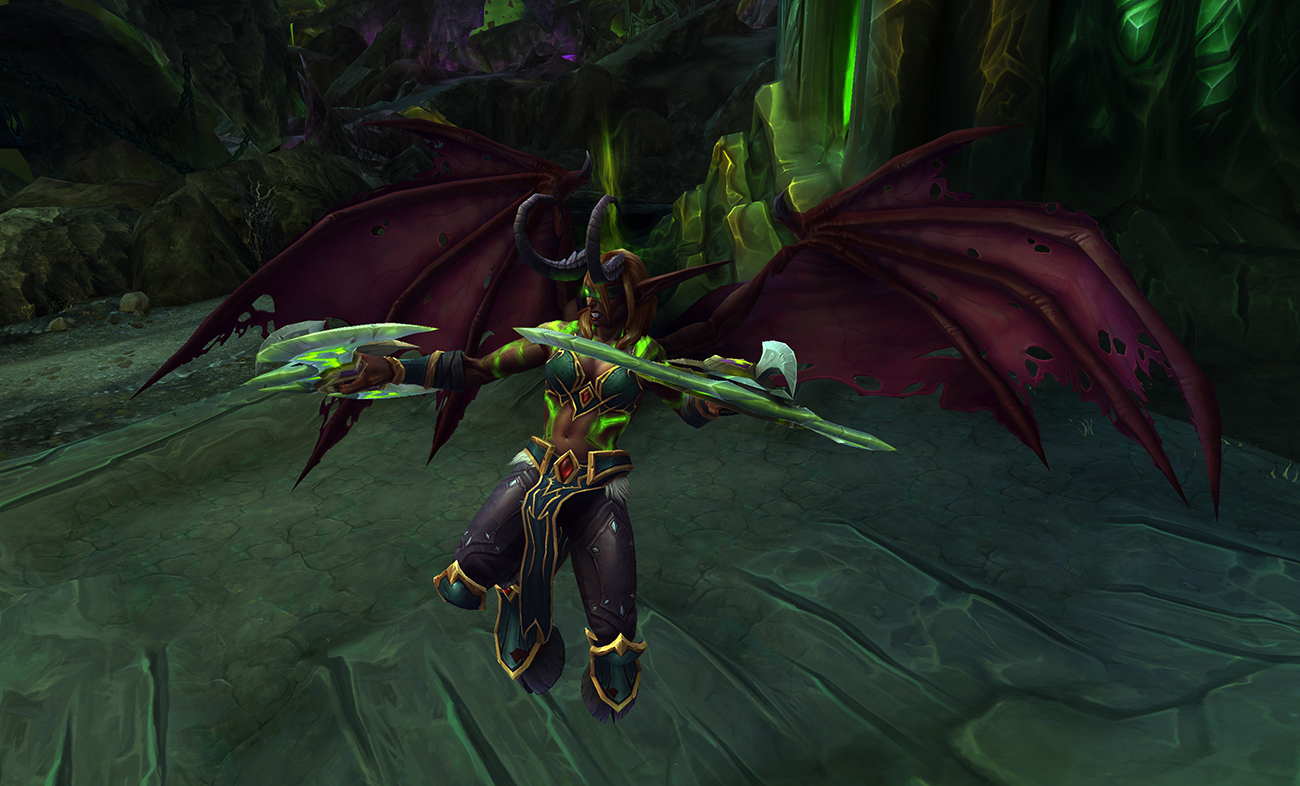 Above: Zoom: This is what the wings look like that pop out when you glide.

Legion stumbles just a bit on class damage. While dungeon bosses feel remarkably well-balanced (I’ve run across only one that made me throw up my hands in frustration over what felt like unfair mechanics, and that was with a group that perhaps wasn’t ideally composed), the balance of how much damage one class does versus another, or how much healing one tank type needs versus another, still could use a bit of work.

No one class feels terrible, and nearly all offer some kind of character setup (known as a spec, which is how your spend your skill points and what gear you use) that does respectably. But the differences between a balance druid versus a feral druid on a single target, or a windwalker monk versus a fire mage on a group, quickly become noticeable. The new demon hunters naturally rank at the top of the list for everything (damage and tanking). But comparing the overall healing needed for a well-played DH tank versus a well-played paladin, for example, reveals a gulf that needs adjusting.

Developers have made some changes already, but more are needed.

Some classes have more interesting spell rotations, or more interesting class quests, than others. That’s always been the case, but Legion makes it a bit more obvious, since so many classes and specs have gotten such a fine tune. 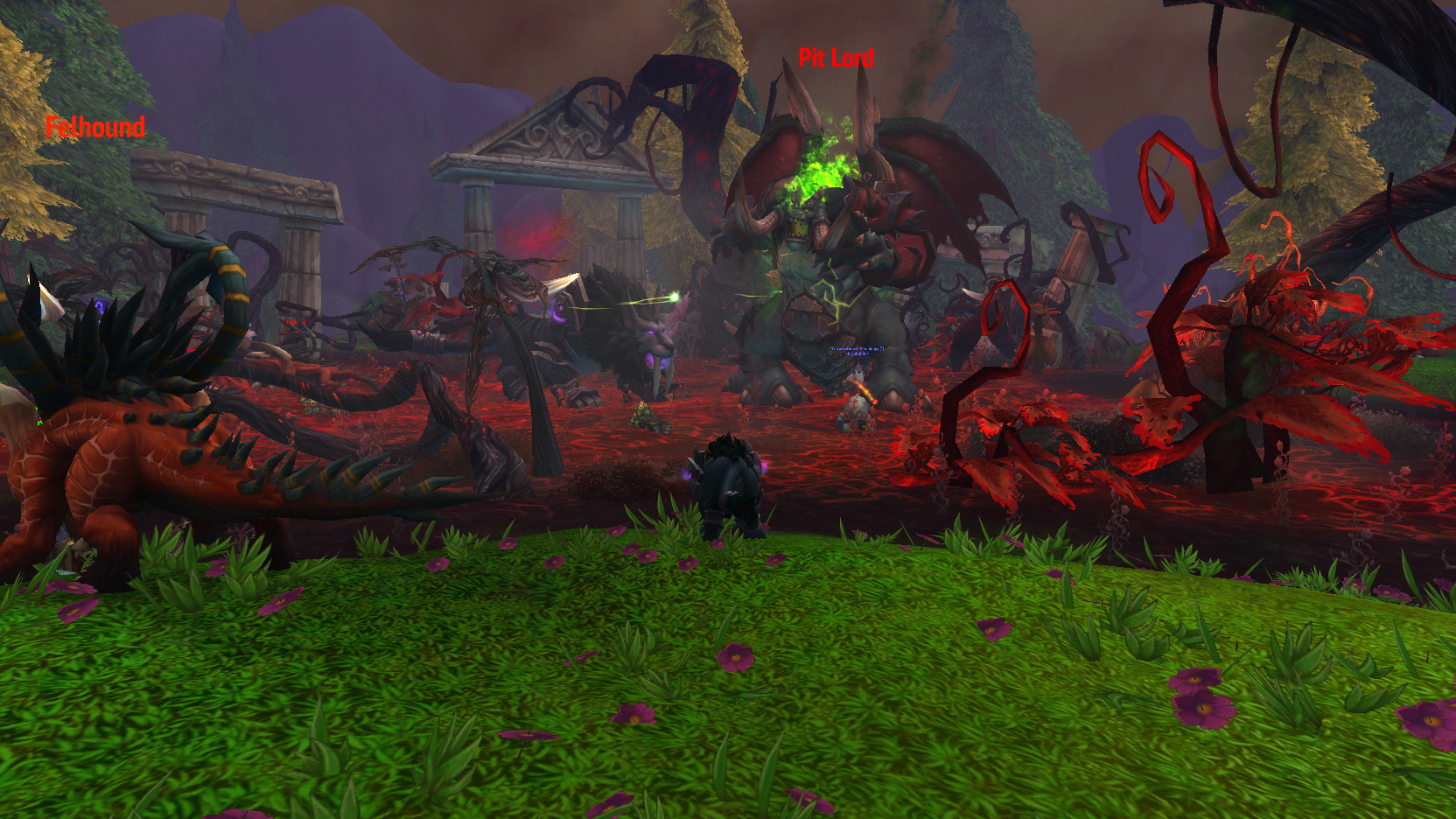 Above: My class quests: epic. Yours, perhaps not so much.

Blizzard doesn’t release player stats any more, but the server I play on obviously exploded in population. Tons of people run around every quest area, they’re seven layers deep in the auction house … you get the idea. If you think you’re going to be able to quietly ride around some high level zone to collect herbs or mine without interference, you’re out of luck. On PvP realms, a rogue will always be around the corner to gank you.

On the bright side, the removal of obvious questing bottlenecks and the “choose your zone” mechanics of leveling mean that this release launched without noticeable lag or bugs related to population. On the down side … well, it’s a very minor nit, but if you don’t like company, just be aware that WoW is back to feeling like a truly massive MMO.

Missions are still around

You earn a few followers (truly a few, less than 10 in all) during your class order campaign, and you can send those followers on missions, much as you could in the last Warlords of Draenor expansion. You can manage those missions and the other kinds of research you can do in your hall via the new mobile Legion Companion app, which highlights what a minigame they truly are.

The missions feel less annoying than they did in the Warlords of Draenor expansion, because there are fewer of them and you’re more invested in the heroes you send. They don’t take over the game as garrisons did in WoD. But compared to all the other sparkling-fresh facets of Legion, they feel a little tired. 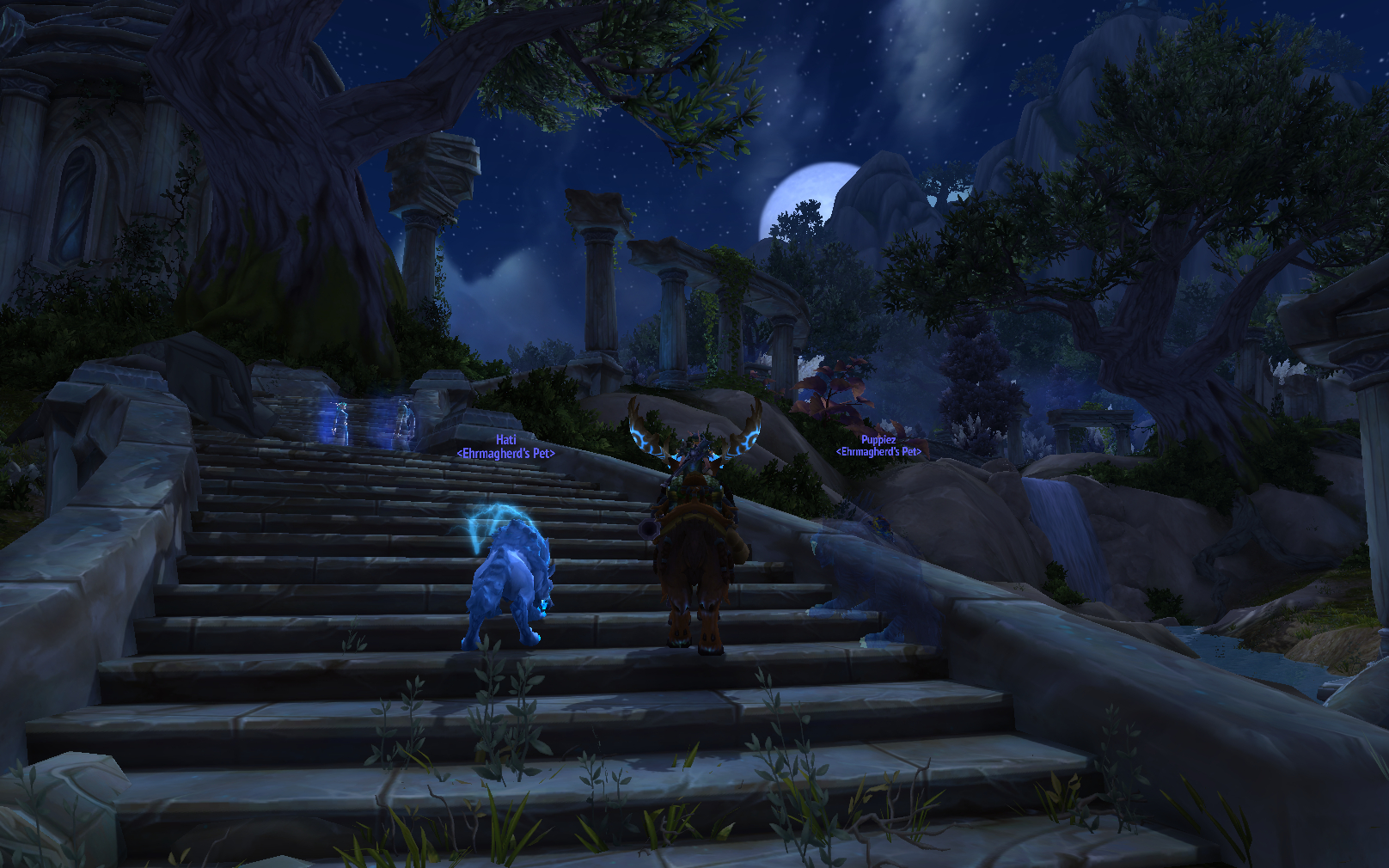 Above: Taking a break after one more much-too-late night of questing.

When a game hits almost a dozen years old, you start to expect that developers will kick back and rest on their laurels.

It certainly felt that way during WoW’s last expansion. WoD started strong and then dropped off quickly, both in player population and in things to do. I started playing WoW about half a year before it launched in 2004, and even I looked at the Legion expansion pack skeptically. I’d largely checked out of WoD months before, and it felt like the developers had too.

Could the new expansion, based so obviously on the “demons invade!” storylines of Warcraft’s heyday as both a strategy game and a massively multiplayer online RPG, really offer me anything worth sticking around for? I picked at the beta, trying a few different quests for different character classes’ artifact weapons and doing a bit of leveling, but I wasn’t sure I’d be around long after launch.

Good news, Warcraft players: I found out where the devs have been.This expansion changed the way I play the game, and offers some moments of absolute wonder that harken back to when WoW first launched so long ago. If this expansion doesn’t shore up the slowly declining numbers of WoW players, then nothing will.

Legion is the best work ever done on WoW, and I say that as someone who remembers the original development process from alpha to the launch of the original “vanilla” box. I’m not known for giving high review scores. Legion earns one.

World of Warcraft: Legion is available for PC and Mac for $50, and it requires the base game to run. Blizzard Entertainment provided GamesBeat with download codes for purposes of this review.