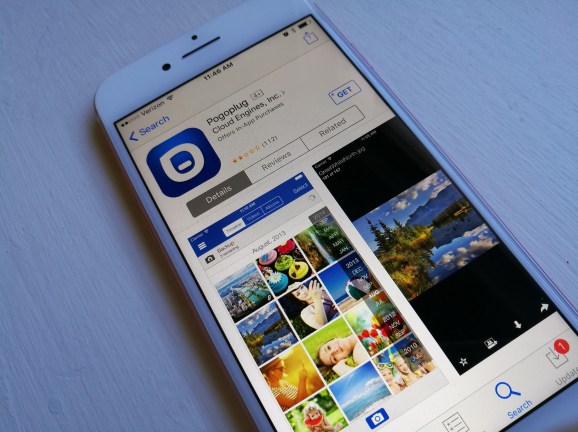 Cloud Engines, the company behind the Pogoplug line of data backup hardware, remote device access software, and cloud file syncing and sharing services, will be shutting down its Pogoplug Cloud premium unlimited storage tier on September 28.

The change is abrupt, as it was announced in a blog post on September 20. Customers will receive the Pogoplug Remote Access software, which allows you to access files on your computer from anywhere, free of charge.

“After 5 amazing years of building Pogoplug Cloud, it is time to say goodbye,” Cloud Engines said. “The online storage landscape has changed significantly over this period, and Pogoplug Cloud is no longer a part of our long-term vision for Pogoplug. We are incredibly proud of the product that we created and of the users that supported us on this journey.”

One potential competitive force in the recent past is Google Photos, which offers unlimited storage of photos and videos and has more than 200 million monthly active users. Pogoplug can handle other types of media as well, but the general cloud storage business is highly competitive — Box, Dropbox, OneDrive, Google Drive — and that can present challenges to smaller providers with less money to pay for the necessary underlying infrastructure.

Cloud Engines started in 2007 and is based in San Francisco. Investors include the Foundry Group, Morgan Stanley, and Softbank.

Cloud Engines will not stop selling its Pogoplug devices or the Remote Access software. The company encourages cloud customers to use its devices or, alternatively, other companies’ online backup services — it calls out Backblaze and Carbonite by name. Bitcasa killed its Bitcasa Drive cloud storage service earlier this year.